Janine Finnell, Founder of Leaders in Energy and Clean Energy Ambassador, gave a warm welcome to the attendees (nearly 100 registered for the event).   The room had guests from all around the world, including all generations that were there to hear what we can do to make a difference, and how we can help lead and encourage others to make an impact.

Janine stated it was wonderful to be with others who care about clean energy and sustainability issues and how timely it was that our event coincided with the United Nations meetings on climate change in Paris.  She asked if everyone was following the new jargon, e.g., Intended Nationally Defined Contributions (INDCs).   She suggested a potential new term be considered to encourage individuals to make similar pledges in reducing emissions, e.g., “Intended ‘Personally’ Defined Contributions” or “IPDCs!”  She emphasized that TALENT from ALL the generations will be needed to create a more sustainable energy system, world, and planet.

It was also noted that Washington, D.C. won an award on December 3 in the Green Energy Category of the C40 Cities 2015 Awards (announced in Paris).  The district was recognized for entering into a 20-year Power Purchase Agreement (PPA) to supply approximately 30% of the District government’s electricity from wind power, guided by the Sustainable DC Plan. (Thanks to Mike Dietrich, Leaders in Energy member, for contributing this information at our event).

Shira had advice for the next time you interact with another generation – the platinum rule: “Do onto others keeping their preferences in mind, or rather, do onto others the way they would do onto themselves.” Additionally, she encouraged each generation to walk a mile in the shoes of the other generations. Excellent advice.

Also of note, life stage is just as important as generation and even more so now that there are predictions that there will be a new generation every seven years. In terms of employment predictions, currently there are 38% freelancers with predictions of that percentage rising to 50% in 2020.

Before the program moved on, she asked the audience “What are the benefits of other generations?” Among the answers were: making us think, knowledge, history, wisdom, structure (measure twice, cut once), work ethic, and thick skin.

Janine introduced the Awards Ceremony saying that Leaders in Energy was thrilled with the impressive nominations they are received.  The theme this year was “Leading Through Adversity” where awardees were selected based on their compelling stories regarding particular obstacles and challenges they faced on their path to leadership in this field.

The Traditional/WWII Generation of the 1925-1945 was characterized by conflict (wars), Rosie the Riveter (more women in the workplace), military-inspired corporate hierarchy. They were seen as the “builder generation” that develop tenure and pay dues. Shira shared that their relationship with their employer was on a “need to know basis” as the popular “he who knows, has power” saying particularly applied to this generation.

Although Bill Holmberg, the Traditional/WWII Generation Awardee, was not able to attend the evening’s events, Simone Alexandria (LERCPA volunteer) introduced his good friend Carol Werner. Simone informed us of his upbringing of being the only son with six sisters in a fatherless household – putting him as the man of the house at a very early age. Bill was drafted as a Marine at age 15, elevated to Colonel, recruited two black officers into the Marines, moved onto 13 years in the federal government in ethanol and biodiversity, and 21 years in the private sector with associations and businesses in bioenergy.

Carol continued his story as someone who spanned all generations. Despite his military upbringing, he mentored so many, and has always led through inclusivity of other generations. He evaluated challenges in an inter-disciplinary way, always thinking about the inter-connections between energy-environment-security-sustainability; expressing concerns about oil from both a security and an environmental perspective. He championed biofuels as an alternative to oil, and leveraged his many military, security and energy connections  to bring a variety of professionals together to further climate and environmental discussions, policy, and actions.

One example of his initiatives was unofficially “ACT 79”,  a community technology fair held on the Mall in April 1979, which really started the energy / sustainability careers of many. He also planned unofficial bi-partisan environmental/clean energy inaugural balls to make a point to every administration that the environment and clean energy should be on their agendas. He is known to his friends as humble, a constant networker, and a risk taker.

The Civil Rights Movement/Martin Luther King, Jr., and rock and roll were early influencers of the Baby Boomer generation. Earlier in the program, Shira characterized the 80 million people born between 1945 and 1964 as having an “anti-establishment” attitude early on in their lives, until they reached a life stage of having their own families and entering into job competition with traditionalists. They then adopted a “live to work” attitude and became more loyal to their employers.

Carla Fleming (LERCPA Volunteer) introduced Harry Holt, Executive Vice-President of Operations at BITHGROUP Technologies, who was there on behalf of Robert L. Wallace. Harry said that at a young age Robert learned that the key to success was “engineering plus entrepreneurship”. He earned his undergraduate degree in engineering and masters in business administration. After working in mergers and acquisitions, Robert founded BITHGROUP and became a leader in the minority business community in Baltimore, MD.

Robert has been able to think critically and precisely target opportunities. First, after realizing energy policy would become a staple of the next several decades, he maneuvered his business from a technology company to an energy management systems company to partnering with Washington Gas to develop solar and wind energy. He took his own path, despite the challenges, to refit a Howard County, MD landfill into a solar farm (there are cautions with building on landfills) and the concept of net metering inspired him. Now the group is entering contracts with the military through the Multiple Award Task Order Contract (MATOC) program.

After being a good friend to Robert for so many years, Harry gave his advice: find a different path and deliver. Other companies are leveraging a construction model, while BITH is providing a professional services model that offers lower cost and cleaner electricity. He encourages the audience to build relationships with people, and while there will be many more “no’s” than “yes’s,” a no is not a reason not to do it.

The 40 million Generation X-ers were born between 1965 and 1980. The global event that influenced their outlook was the coming down of the Berlin Wall. Their at-home life growing up was characterized by working parents (or “latchkey kids” as Shira mentioned), a sense of independence and self-reliance, and a “work to live” attitude. They saw their parents, loyal to the employer being laid off in the early 90s, and turned to themselves for loyalty.

Travis High, Product Strategy Manager for LERCA, introduced the Generation X Awardee, Sonia Punjabi. Sonia’s mission in life is for energy efficient buildings and sustainability to become a reality. She shared her trials and tribulations of being a young, foreign female in the green building space. While she was speaking, you could see the fierce sense of independence she has gained, along with the hard work that it took to get there.

Her advice after working for years through the adversity is to keep your eyes on the goal. Her goal was to get her program launched and taught her that adversity is not about being a victim; that being authentic (being loyal to herself) and having a different perspective can help control how to play the cards that she was dealt. Good mentors and her passion broke through the adversity and she was finally heard. She advised the audience to listen, acknowledge, and respect by influencing and not controlling, and when the tough gets going, that is the time to excel on the goals and challenges. The Gen X ways of being self-reliant seemed to be her motto.

The 80 million Millennials, born 1981-2000, were shaped by the 9/11 attacks, the Internet and digital media, furthering globalization; and were taught to value teamwork, participation trophies, and a more flat corporate structure. Millennials are more likely to find loyalty to a strategy if they understand why the work they are doing is important. They want to be “paid volunteers” as Shira said previously, and move up the elevator if it is earned. Millennials also value work-life integration. Millennials value corporate social responsibility as well as having a green footprint.

Jeannine Curtin, the Blog Editor for LERCPA, introduced Timi Komonibo, Chief Philanthropist and founder of the start-up Style Lottery and the Millennial Generation Awardee. Through teaching middle school for Teach for America, she realized that not only can education change communities, but as she blogged about fashion, she realized that fashion can change communities. She wanted to mix her interests with sustainability so her goal became to keep clothes out of landfills and cycle them back into communities.

On her way to being an eco-entrepreneur for eco-fashion, she was met with a variety of twists in what she saw as her path. Timi’s advice – say “yes”. She also researched current professionals via LinkedIn and her inspiration was cross-generational.

The audience had time for two questions: what quality can we learn from each generation about sustainability? And how to find role models in minority communities. The panelists thought that communication and listening across all the generations was important, understanding that we can do more collectively, and identifying what skills each generation brings to the table and leveraging those skills. Generally expanding relationships and creating opportunities.  Advice about finding role models in minority communities included being self confident and not giving up on yourself. Timi said that in a community, especially in unique communities, that lacks “mirror” role models, one must find pieces of themselves in other people to find that diversity.

We were so proud to learn more about the difference between the 4 generations, and the strengths as exemplified by our outstanding selection of awardees this year.  Each awardee was presented with a framed certificate for their presentation. Their knowledge and experience touched the hearts of our audience and will have a lasting effect for months to come.

The event was hosted at Bier Baron, which boasts over 600 bottled beers from around the world, and the event manager, Peter Pruitt (a Millennial) helped Janine pick out four beers to represent each generation:

Kerry Worthington began volunteering for Leaders in Energy in spring 2015. She is a young professional working in the state regulatory space, specifically on multi-state issues. Transmission system planning and analysis from a policy point of view has been her focus area for several years, and she is growing into the distributed generation area with an eye on environmental topics.

Photo credits:  Agustín (Augie) Cruz is ArlingtonGreen’s (TM) Founder & Executive Director. Augie is a non-profit professional with more than 20 years experience in nearly all aspects of association management. Most recently he was Executive Director of Business Management at the National Association of Home Builders. Prior to this, he worked at a variety of other trade and professional organizations. Currently, Augie is Director, Government Accounts for NeoNiche Strategies LLC, an outreach and communications consultancy in Arlington. Augie is twice a proud graduate of George Mason University; he received his BA in International Studies in 1994 and his MPA in 2004. 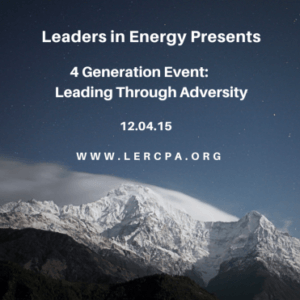