Increasing the number of energy and resource efficient buildings is an important lever in the efforts to mitigate climate change. But while government and scientific institutions can set the standards for efficiency, it is business that has to get it done. And for business, there is no green (planet) without another kind of green.

That was the message from Gerry Rodino, Vice President and Executive Director at Metropolitan Facilities Solutions, sponsor of Sustainable Facilities for the Circular Economy, a networking event hosted by Leaders in Energy in Arlington, VA on May 24, 2016. Sixty people gathered to celebrate successes in building and maintaining sustainable facilities in the Washington, DC region and learn about topics such as:

Janine Finnell, Founder and Clean Energy Ambassador, Leaders in Energy, welcomed the crowd and gave shout outs to Scott Pomeroy from the DowntownDC Business Improvement District EcoDistrict (learn more about EcoDistricts from my article last month) and the event sponsor. For his part, Gerry gave Janine credit for her tireless work in promoting the Leaders in Energy forums. He also spoke about the long background of Metropolitan Facilities Solutions in facilities management, a track record that has given them the knack of the challenges associated with energy efficiency.

The event was moderated by Barbara Englehart, Leaders in Energy, Director of Business Sustainability and Principal at Englehart Consulting.

According to Barbara, the purpose of this event was to inspire the audience to think about the kinds of resources that will supply the economy. A sense of urgency is needed to put into practice the concepts of the circular economy, particularly as momentum shifts from tinkering with materials to make them last longer towards redesigning the product life cycle to embed reuse from the beginning.

With the goal of protecting the only planet we know that sustains life, in her words, Silvia highlighted the priorities of the circular economy.

Instead of simply prioritizing economic growth, which can be unsustainable, companies need to consider business models that will allow for growth along with protecting the planet.

Through processes that emphasize design, maintenance, reuse, remanufacturing, refinement, and nourishment of resources, companies can save money and the planet too. The waste stream of one entity can be the input for another, just like in nature (this concept is sometimes known as biomimicry).

Silvia also gave several examples, such as the train station in Detroit, MI and Lyon Railway Station in Paris, France – the former of which has been abandoned, while the latter has been constantly modernized. Silvia feels that such a loss of physical value, as well as historical and cultural, is unacceptable. Before demolishing a building, people should consider reusing its materials. From a design perspective, too, there are ways to downsize buildings to be more compact (and ultimately more energy efficient).

Jason and Nancy both represent organizations in the DC area that are seeking to reuse materials to their fullest extent. Jason’s company, Amicus, is based in Kensington, MD, a suburb. Jason likened his company as Home Depot Meets Whole Foods, in that it is a store that sells home materials that are both sustainable and high performance. One of the products Jason highlighted was Vermont Naturals – a consumer product (wood cleaner) that is made of non-toxic, post agricultural ingredients.

According to him, 80% of what Amicus does is educating consumers (most people are unaware of the best practices in building for a sustainable world) and facilitating the adoption of sustainable products.

Nancy is the CEO of Community Forklift, a nonprofit reuse center near Hyattsville, MD that picks up donations and refurbishes or repurposes the materials for reuse at low cost. If Jason’s company is Home Depot meets Whole Foods, Nancy joked that Community Forklift is like Home Depot Meets Thrift Store. The organization has saved materials valued at $12-13 million out of the local landfills since 2005. Many of the refurbished materials go out to the low and moderate income residents in the local community.

Like Jason, Nancy finds that the work she does is about education – making people become more aware about the life cycle of materials. Crucially, she said that while there is a finite limit to the amount of materials available for buildings, opportunities for reuse are practically unlimited.

Nancy also spoke about her participation as Chair of the Port Towns EcoDistrict. Port Towns is a group of four towns in Prince George’s County in Maryland, and it is where Community Forklift is located. The team that she leads went to Portland, OR for the EcoDistricts Incubator program, something that I wrote about in an earlier post.

The Port Towns project was the first time that a county agglomeration was being put forward versus a city or neighborhood. Nancy commented that the EcoDistricts program allows teams to set their own parameters for their community development priorities, offering an alternative vision of what the city might look like. In addition to embracing sustainability in urban planning, Nancy said, they also do a lot with encouraging development through arts and music – thereby enhancing the sustainability of living.

With respect to the circular economy, Jason pointed out that it is not just an academic concept, although it can be hard for some people to conceptualize that this is happening right now. The tools to build sustainable buildings are there; the best practices in the circular economy are there – it’s a matter of execution.

Questions from the audience

Responding to a question about reports of unscrupulous people taking waste to offload in countries such as Mexico, in effect a form of competition against organizations like Amicus and Community Forklift that try to reuse waste, Nancy acknowledged that we are in a changing economy, where such opportunism is an unfortunate reality. Waste is a public good, and anybody can use it.

She added, however, that governments are beginning to regulate improper waste management, giving the example of the Austin Zero Waste Plan. The city is considering an ordinance to require construction and demolition debris facilities to provide plans for large building projects. Locally in the Washington area, Barbara gave a shout out to the Arlington County Board for supporting a Zero Waste Plan for 2038. 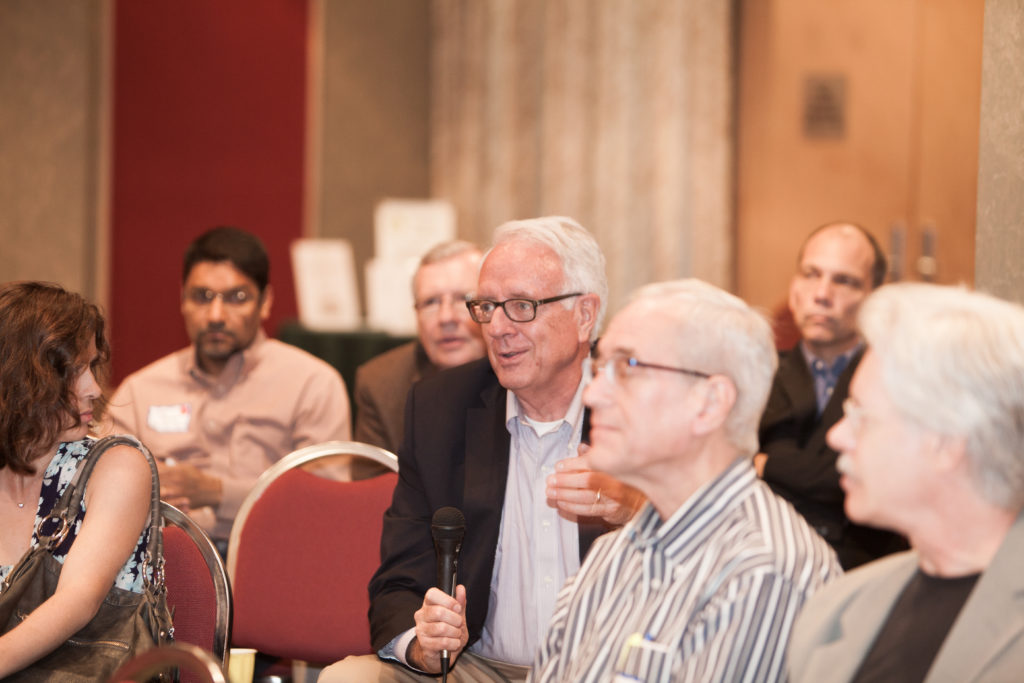 But again, Nancy reiterated that it is all about consumer education. Community Forklift has come up with innovative ways to measure waste and also recovery. Another idea they have is to create a sort of community museum to educate people on what to do with old materials that they could reuse.

The goal of these organizations is to make something that has always been invisible a little more visible.

And if all else fails, it is important to recognize that waste carries economic costs.

Another person in the audience said that he had donated materials to community forklift and encouraged others to do so. But while there are some who are advocates for reuse, consumer education is what it comes down to for the movement to really gain traction. For example, it has been shown that newly manufactured appliances, which may be energy efficient, may not last nearly as long as older models.

By continuously purchasing new appliances, there is a huge loss in terms of energy and investment. People need to ask themselves: how long will this last? Or better yet – why own – why not rent?

To that comment, Nancy agreed that many household items become throwaway materials – after 3-5 years of use, they’re gone. Meanwhile, some of the older stoves are more insulated than new stoves and therefore more energy efficient. Manufacturers need to think about how to create appliances that are more efficient and durable. But she argued that appliances almost seem to be built with planned obsolescence. Jason agreed that consumers need education to be able to decode marketing and find out what’s really going on. Is my washer going to last? Is it going to kill the planet? 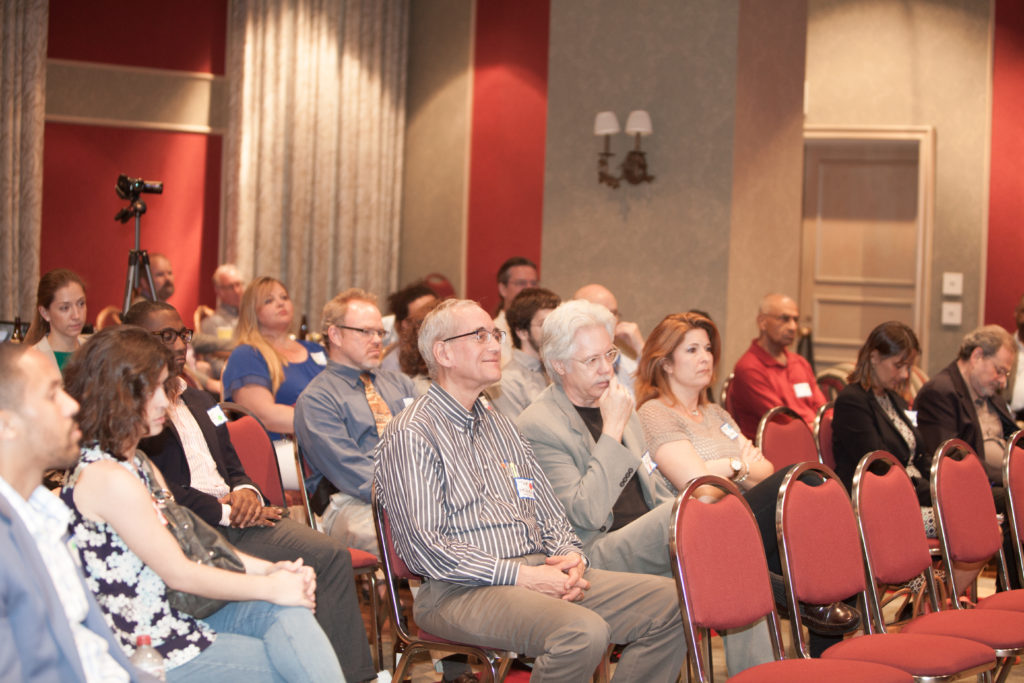 Nancy invited the audience to arrange for a tour of her facility if interested in knowing more. Community Forklift is also constantly looking for material donations. In addition to the stores they operate, both Amicus Green Building Center and Community Forklift offer ways for people to buy their products online. Jason donated a customized recyclable bag and gift certificate from Amicus as door prizes.

Janine closed the event by inviting the crowd to join Leaders in Energy for the next event on Perspectives on Making an Impact Through Sustainable Investing in Arlington, VA on Tuesday, June 14, 6-8:30 pm.

Travis High is the Strategy Manager for Leaders in Energy and a Strategic Planning Specialist at the Pan American Health Organization.

Can Dutch Circularity Lessons Be Applied to Northern Virginia?