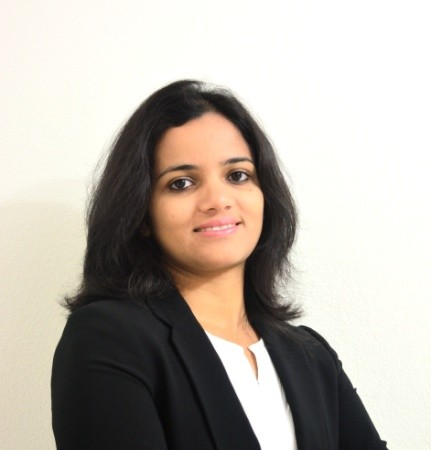 By KANCHAN UPADHYAY
Electricity markets are complex compared to other markets such as transportation and physical commodities markets, as supply and demand are required to be matched in real time. In addition to this, mismatches in electricity load scheduling can lead to serious consequences such as blackouts. Due to its high social importance, in many countries, the electricity sector was previously owned and operated by state agencies. This has however changed, and many countries have restructured and deregulated their electricity markets. Regulated and deregulated electricity markets have their pros and cons in terms of consumer price, efficiency and environmental impacts. In this article, the case of United States is examined to compare the renewable integration strategies in these two different types of electricity markets. In the United States, the Northeast, Midwest, Texas and California have deregulated market structures while other parts have regulated markets. Currently, 24 states have a deregulated generation sector and 18 of them have deregulation at retail level also.

Regulated markets primarily utilize policy-based mechanisms to tackle the externalities of fossil-fuel resources and improve the competitiveness of renewable energy sources. Deregulated markets can integrate renewables by having a mix of both regulatory and market-based approaches. It is argued that market-based mechanisms alone are not enough as the pricing and inclusion of negative externalities associated with fossil fuels is technically and politically challenging to implement.

The Electricity sector: A Capital-Intensive industry

The electricity market started as a competitive market with multiple players competing to provide services to consumers. This competition, unlike for other sectors, did not lead to reduction in cost or improvised services to consumers. The players in the electricity market realized the natural monopolistic nature of electricity infrastructure and futility of competition for profit. In the United States, the regulation was requested by these electric supply companies in the early twentieth century. This led to the creation of a regulated monopolized structure of electricity market. It was realized later that the generation component of electricity supply is not a natural monopoly, and competition can improve efficiency and reliability. The Public Utility Regulatory Policies Act of 1978 (PURPA) mandated access of transmission and distribution networks to cost effective and qualified private generators. Under the Electricity Policy Act of 1992, many states have deregulated their electricity market structures. In a regulated market structure, a single utility has monopoly in a region and it owns generation, transmission, distribution and retail. These utilities are regulated by state commissions. In such a market, it is difficult for Independent Power Producers (IPPs) to negotiate energy sales with the Utility (who owns generation assets too) making the competition unfair. There are no Independent System Operators (ISOs) or Regional Transmission Organizations (RTOs) to operate the wholesale markets in a regulated structure.

Deregulation in the electricity market can happen at two levels: the generation or wholesale level, and at the retail level. Deregulation at wholesale level means that generation assets are held by Independent Power Producers (IPPs) and they compete in wholesale market on price for sale of electricity. These markets are managed by ISOs or RTOs who are responsible for maintaining the overall reliability of the system. In retail level deregulation, consumers are free to purchase power from suppliers other than the utility. Deregulation promotes innovation and provides multiple choices to the customers in energy selection. It may, however, lead to market manipulation by IPPs resulting in a higher price of electricity and supply shortages as in the case of California Electricity Crisis of 2001.

Renewable energy projects have high capital, technology and uncertainty costs compared to fossil fuel technologies that have already achieved economies of scale. Fossil fuel technologies have many negative externalities associated with them such as adverse environmental and human health impacts. Non-inclusion of these externalities creates an unfair playing field for renewable energy sources which often are unable to compete with fossil fuel resources in terms of Levelized Cost of Electricity (lifecycle cost per unit of energy produced) only. Several policy and market mechanisms could be employed to increase the renewable energy integration in the electricity grid. Some of these are discussed below.

Improvisation of grid flexibility to accommodate more variable renewable resources: In a deregulated market, independent system operators having no stake in electricity transactions operate the electricity markets. This deregulated system gives rise to competitive markets and create market for ancillary services such as voltage support or capacity reserves. This along with demand response has made the system more flexible, allowing for higher level of renewable integration capabilities. Increased renewables may however lead to increased volatility in Locational Marginal Pricing (LMPs) owing to their minimal operating cost which empowers them to bid at very low price, which can in some cases even be zero or negative.

Providing Customer choice in selection of Electricity supplier: Deregulation at the retail level enables consumers to choose their source of electricity. This may increase the penetration of renewables based on consumer demand. In regulated markets, renewable purchasing options are more limited for consumers as generation resources are not diversified.

Net metering: Net metering facilitates development of distributed renewable energy resources. Currently, 38 states in the U.S. offer net metering and these include states with both regulated and deregulated types of electricity market structure.

Regulations for pollution control: Policies like the Clean Air Act regulate harmfulemissions from fossil fuel power plants and are essential to ensure public health and safety. Such objectives are difficult to achieve using market mechanisms alone and hence such pollution control mechanisms are applicable in both regulated and deregulated electricity markets.

Carbon Pricing: The New York Independent System Operator (NYISO) is working on formulating carbon pricing within the wholesale electricity market. This will be the first initiative to incorporate fossil fuel generation externalities into electricity prices. This approach is suited to deregulated markets where wholesale market competition is present.

Electricity market policies have the twin objective of cost reduction and environmental protection. Market-based mechanisms alone are not enough to promote renewables and drive reduction of pollution and greenhouse gas emissions. Introduction of wholesale and retail competition by deregulation has led to an increase in renewable capacity addition and generation. In addition to the market-aided push for renewables, policy regulations like the Clean Air Act, emission caps and Renewable Portfolio Standards play an important role in improving social welfare.

Kanchan Upadhyay holds a master’s degree in Energy Science, Technology and Policy from Carnegie Mellon University. She has an extensive work experience in the design of electrical equipment/system of hydroelectric power plants at National Hydropower Corporation Ltd, India. She is passionate about renewable energy and muses about the application of data analytics and optimization techniques for flexible grid operations.

Networking, New Skills, and Learning from Others: An Interview with Spencer SchechtGrowing Green Careers, Jobs, and Businesses for a Clean Economy — Attend the Green Jobs Forum on August 16th in DC to learn more!