You are here: Home / clean energy / Agrivoltaics: how you can have your kale and eat it too 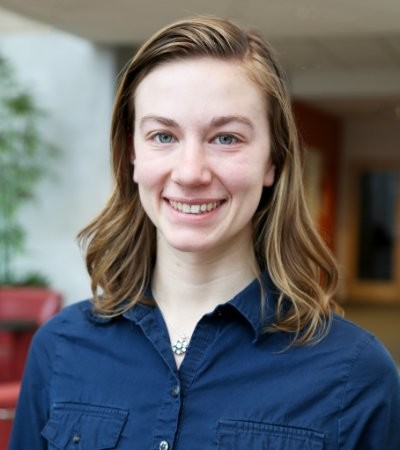 Droughts, floods, and heat waves are exacerbating the global struggle to feed a growing population. To combat climate change and reverse this trend, it’s critical to expand renewable energy capacity. Yet the best locations for solar production are already occupied by farmland — after all, farmers were capturing solar energy for thousands of years before photovoltaics were invented. Conflict between agriculture and solar seems inevitable.

Not so with an agrivoltaic system, where energy and food production work together. Solar panels are installed over farm or rangeland, with crops growing or animals grazing underneath. The popularity of agrivoltaics in the US is growing, with the National Renewable Energy Laboratory (NREL) supporting agrivoltaics research and the Office of Energy Efficiency and Renewable Energy (EERE) offering guidance for farmers. But does it make sense to cover farmland with solar panels, or complicate solar installations by adding crops and animals?

First, there is a strong business case for agrivoltaics: for shade-tolerant crops like kale and lettuce, agrivoltaic systems can increase economic value by over 30% compared to using a given area of land for agriculture only. Additionally, income from solar is relatively predictable, helping to stabilize farmer’s livelihoods from year to year. And in some places, agrivoltaics provide even further gains. In hot, dry areas, the shade from solar panels can actually lead to higher crop or forage yields and improved water efficiency. Solar panels also perform better, because the water released through plants’ leaves creates a cooler microclimate. This can reduce heat stress on the panels, improving their efficiency compared to installations over dirt or gravel.

Agrivoltaics also reduce land use competition. Conflicts over land use, even within the environmental movement, have long dogged solar installations. But implementing agrivoltaics avoids this issue.

However, there are significant challenges. The installation costs of agrivoltaic systems are considerably higher than those of ground-mounted solar, and the generation capacity of a given area is only about half the capacity of a traditional installation because of the increased space required between panels. Agrivoltaic systems are also not compatible with certain farming practices, because larger agricultural machinery can’t navigate fields covered in solar panels. Heavily mechanized crops like wheat or corn, which cover a great deal of America’s agricultural land, aren’t suitable for today’s agrivoltaic systems for this reason.

Additionally, agrivoltaic systems don’t make economic sense in every region. Many areas of the US have abundant non-agricultural land that’s well-suited for solar generation. For example, one study found that in California, installing solar on degraded farmland, buildings, reservoirs, and contaminated sites could generate 13 times California’s energy needs. On the other hand, given the increasing water stress that California farms have experienced in recent years, there could still be a case for agrivoltaics in this area.

Finally, policy around agrivoltaics is not well-established. There is currently government support for farmers installing traditional solar, such as the federal tax credit for solar installation and the Rural Energy for America Program (REAP). On the other hand, there are also current policies, especially at the state level, to reduce or prevent conversion of farmland to traditional solar generation. Meanwhile, there is very little policy addressing agrivoltaics specifically. One of the few examples is in Massachusetts, where incentives for dual-use systems are included in the Solar Massachusetts Renewable Target (SMART) program. To qualify for the incentives, farmers are required to keep as much land as possible under agricultural production.

So what does the future hold for agrivoltaics? While it’s not suitable for every farm, agrivoltaics have significant potential to expand solar capacity. For example, if lettuce cultivation alone were converted to agrivoltaics across the US, it would add 40 to 70 GW of capacity — 2 to 3 times current installed solar capacity. And the benefits of agrivoltaics for resisting heat and water stress will only become more critical as climate change makes droughts and heat waves more frequent.

Changes to the US food system, accelerated by a renewed focus on local food brought on by COVID-19, could also lead to more land being farmed in a way that’s suitable for agrivoltaics. Some commodity farmers are experimenting with fruits and vegetables. Others are taking this a step further, and growing “chaos gardens” with a blend of soil-enhancing and food-bearing crops. Called chaos gardens because the seeds, while carefully selected, are scattered at random over the field, these systems are not suitable for mechanization; some farmers are engaging with local communities to harvest the crops by hand, with a portion of produce going to nearby food banks. Such systems could be ideal for agrivoltaics.

How can we advance agrivoltaics where they make the most business sense and will achieve the most impact? This technology represents a major opportunity for entrepreneurship and investment. Some businesses, such as Jack’s Solar Garden, are building locally integrated systems from the ground up, selling subscriptions to the surrounding community. Businesses like Hyperion Systems and SolAgra are also offering agrivoltaic installation services. As the popularity of agrivoltaics grows, demand for these services seems likely to increase, and there will be significant need for more of these types of businesses. Suitable financing solutions will also be needed. Along with government support and traditional financing, innovative strategies like shared savings (where a third-party investor shares in the farmer’s energy cost savings) could be appropriate for agrivoltaics.

Finally, a supportive policy environment will be crucial. Massachusetts provides a strong example by including clear guidelines for agrivoltaics as part of its solar incentive program. Restrictions on farmland conversion should also be examined and revised to allow agrivoltaics where appropriate. Policies that prohibit individuals from purchasing energy from solar installed by third parties on their property might also dampen opportunities for agrivoltaics installation businesses and should be revised as appropriate.

Entrepreneurs, financial institutions, and policymakers will need to work together to support the expansion of agrivoltaics. Proactive businesses, innovative financial solutions, and clear policy will allow us to preserve and increase food production, expand clean energy, and support farmers’ livelihoods.

Mary Chambers is passionate about the potential of agriculture to mitigate climate change, enhance human health and environmental stewardship, and empower farmers in the US and beyond. She earned her MS in Sustainable Agriculture from Stanford University and her MA in Sustainable International Development from Brandeis University. She previously worked as a Technical Specialist, Agricultural Markets at iDE Bangladesh and as an intern with the UN Development Program in Ethiopia, and is now seeking a career in agriculture and climate mitigation in California.