You are here: Home / Analysis / What is the Affordable Clean Energy rule and how does it compare to the Clean Power Plan? 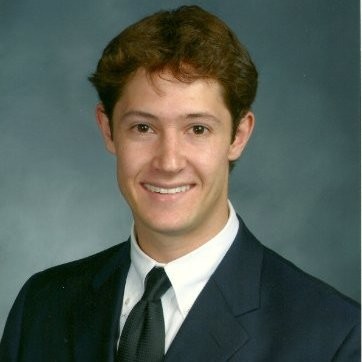 What is the Affordable Clean Energy rule?

The Affordable Clean Energy rule (ACE) is a proposed rule by the Environmental Protection Agency that would establish guidelines for states to develop plans to reduce carbon emissions from existing coal-fired power plants. The rule identifies “on-site efficiency upgrades” at these plants as the “best system of emission reduction” (BSER) for reducing carbon emissions at roughly 600 coal plants located at approximately 300 facilities across the country.

The rule also identifies candidate technologies that states can choose from when developing plans. Once the rule is finalized, states will have three years to develop plans that set performance standards for existing coal-fired power plants and the associated emissions reduction targets. In the event that a state fails to develop a sufficient plan, EPA would have two years to develop a federal plan to set performance standards for that state.

Additionally, the ACE amends the New Source Review air permitting program. The proposed change would allow power companies seeking to renovate an existing power plant to use an hourly-based accounting method rather than an annual one for determining emissions impacts. This accounting shift may lead to fewer regulatory thresholds being triggered when efficiency improvements are made.

How is the Affordable Clean Energy Rule different than the Clean Power Plan?

While there are extensive differences between the two rules, at the highest level, ACE and CPP differ on level of authority given to states, ambition of carbon emissions reductions, scope, and timing.

The CPP established carbon reductions targets for states and allowed them to develop their own plans to achieve those targets. The ACE rule establishes guidelines for states to set performance standards for affected electric generating units and create plans to reach those goals.

When finalized in 2015, the CPP aimed to achieve a 32% reduction in national power sector CO2 emissions by 2030. Updated projections from EPA in the new rule suggest the CPP would have achieved 36% reductions by 2030 and implementation of ACE will result in a 34% drop in emissions. One reason the ACE would have such a modest impact is a result of progress in power sector CO2 emissions since the CPP was finalized in 2015; the U.S. has already achieved 87.5% of the emissions reductions required under the Clean Power Plan, (with a reduction of 28% in 2017 over 2005 levels), according to data from the 2018 Sustainable Energy in America Factbook.

The CPP established carbon emissions reduction targets in the electricity sector through the implementation of three building blocks: (1) efficiency improvements at coal plants, (2) fuel switching from coal to natural gas, and (3) swapping higher emitting coal generation for zero-emitting generation like solar and wind. Thus, the CPP allowed both onsite (or “inside-the-fence”) measures as well as offsite (“outside-the-fence”) generation-shifting measures to be used in achieving emissions reductions.

The EPA is now arguing that these “outside-the-fence” measures are beyond its authority under the Clean Air Act, so the ACE focuses only on the first building block: efficiency improvements at coal plants.

The ACE rule increases the length of the rulemaking timeline at each stage of the process:

In total the length of time for developing state plans after the rule is finalized increases from 13-18 months under CPP to 4-6 years under the ACE rule.

See the EPA’s comparison of the two rules for more information.

What is the status of ACE?

The ACE rule has now entered the proposed rulemaking phase. Once the rule is posted to the federal register, the public will have 60 days to submit comments, which the EPA will take into account in developing a final rule.

CEBN’s parent organization, the Business Council for Sustainable Energy, released the following statement in response to the release of the ACE:  “The Business Council for Sustainable Energy has long supported a federal, economy-wide approach to reducing greenhouse gas emissions. Sharp declines in US power sector emissions in the last decade have demonstrated that there are many cost-effective technologies readily available to reduce emissions. While the Council urges federal legislative action, it believes that Environmental Protection Agency has the obligation to respond to sound science and court mandates. The proposed replacement of the Clean Power Plan, the Affordable Clean Energy Rule, falls short of that obligation.”

For a more detailed review of the Clean Power Plan, click here.

The Clean Energy Business Network (CEBN) works to advance the clean energy economy through policy, public education, and business support for small- and medium-size energy companies. Started in 2009 by The Pew Charitable Trusts, the CEBN is now a small business division of the Business Council for Sustainable Energy. The CEBN represents 3,000+ business leaders across all 50 U.S. states working with a broad range of clean energy and transportation technologies.

Andy Barnes is the Program Manager for the Clean Energy Business Network, providing support for overall operations and leading the CEBN’s communications outreach and events planning. Prior to taking on this role, Andy served as a Policy Associate at the Business Council for Sustainable Energy. Andy previously interned with the White House Council on Environmental Quality in the Office of Energy and Climate Change. He has also worked as a program fellow for the Solar Foundation and as a research assistant at David Gardiner and Associates, a sustainability consulting firm. Andy holds an M.S. in Environmental Science and M.P.A. degrees from the School of Public and Environmental Affairs at Indiana University and a B.A. in Psychology with a minor in Environmental Social Sciences from the University of Southern California.