You are here: Home / climate change / The Costs of Climate Action and Inaction

“Qu’est-ce qu’on veut ? La justice climatique ! Quand est-ce qu’on la veut ? Maintenant !” During the international climate strike on September 20, thousands of protesters around the world, largely students, took to the streets to demand government and business leaders to take action regarding climate change and deliver ‘climate justice’ as the French slogan implores. Despite a scientific consensus since the 1990s that human greenhouse gas emissions from the burning of fossil fuels, land use, and waste are the principal cause of a warming climate, policymakers and business leaders have taken minimal action to address the issue[1].

Climate change poses an unprecedented threat to the world economy. By 2030, climate change could plunge more than 100 million people in developing countries into poverty. By 2050, agricultural yields may decline by up to 30 percent, the number of people who lack sufficient water may increase from 3.6 to 5 billion, and sea-level rise coupled with storm surge may force millions from their homes[2]. According to the United Nations’ most recent biodiversity report, 1 in 4 species risk extinction in the coming decades[3]. 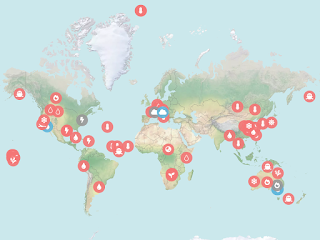 “How Climate Change Affects Extreme Weather around the World”

Climate change represents the most significant market failure the economy has ever faced. The failure of markets to account for the social cost of carbon, estimated at $54.70/tonne of CO₂, will increase scarcity and harm equity[4]. Since climate change’s effects augment over time, carbon’s social cost will continue to rise to $4,500/tonne of CO₂ by 2100[5].

Increased severe weather events pose a severe threat to human capital, particularly to the poor and vulnerable. In parts of Kenya, Uganda, and the Democratic Republic of Congo, “country-wide exposure to extreme heat stress may increase 7 to 269 fold over current levels[6].” Climate change caused scarcity may increase conflict and further the poverty cycle in which low productivity leads to low real incomes, low savings, and low investment. Climate justice refers to the disproportionate cost developing, and largely agrarian, economies will bear from climate change caused by their wealthier counterparts.

Although developed countries possess the resources to mitigate and adapt, climate change threatens their economies as well. According to scientists Japan’s 2018 fatal heatwave, in which 1,000 people died could not have occurred without human-caused climate change[7]. Similarly, climate-related weather events cost the United States economy $91 billion in 2018, including the California Camp fire, which was the deadliest and most destructive wildfire ever in the state[8]. 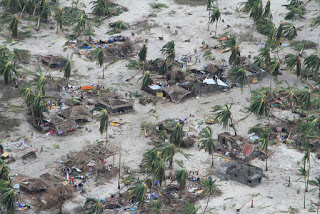 To address climate change, policymakers, business leaders, and individuals must consider the costs and benefits of both climate mitigation, reducing emissions, and climate adaptation, changing practice to unavoidable impacts of climate change.

Mitigating emissions to reduce planetary warming to 1.5 degrees celsius would reduce positive temperature feedback in the arctic caused by diminished ice extent and avoid “the melting of 2 million square kilometres of permafrost relative to 2 degrees of warming.” Limiting warming to 1.5 degrees celsius could reduce coastal flooding in the Eastern United States and Europe by 50%. Furthermore, holding global warming to 1.5 degrees would save the earth’s coral reefs that will go extinct by 2100 if global emissions raise temperatures more than 2 degrees[9]. The cost of inaction, or delayed action, thus remains significantly high as the initiation of arctic feedback loops could render impossible even a goal of 2 degrees[10].

In Latin American countries, land use, namely deforestation for agriculture composes 42% of global emissions. In 2017, the Pacific Alliance of Chile, Colombia, Mexico and Peru agreed to increase reporting of carbon emissions and strengthen their regional carbon market[11]. While such action may not hold the involved countries to their Intended Nationally Determined Contributions (INDCs) to the 2015 Paris Agreement, their cooperation represents how governments can employ market structures to not only account for the negative externalities posed by climate change, but encourage producers to operate sustainably.

According to a report by the Global Center on Adaptation, investing “$1.8 trillion globally in five areas [such as  climate resilient infrastructure and mangrove protection] from 2020-2030 could generate $7.1 trillion in total net benefits[12].” Governments must finance infrastructure projects that adapt to increased severe weather, but also eliminate fossil fuels from the energy matrix. To transition fossil fuel companies to energy companies, policymakers should implement a gradually increasing carbon tax to reflect the aforementioned increasing social cost of carbon. Such a tax would not only facilitate a structural economic shift towards decarbonization, but also finance public investment in decarbonizing electricity, transportation, land use, and waste. Institutions such as the Green Climate Fund as well as the new phenomenon in sustainable investing can assist developing countries in mitigation and adaptation measures. Renewable energy, for example, hold not only the potential to mitigate climate change, but also to “end energy poverty in sub-Saharan Africa and South Asia.”

Despite the current and future consequences of a changed climate, regulation and taxing of carbon emissions coupled with investment in infrastructure, sustainable agriculture and land-use, can contribute to limiting warming to 1.5 degrees. In considering environmental racism and climate justice, policymakers can involve marginalized communities in developing solutions. Producers respond to signals from consumers, thus individuals bear climate change responsibility as well. Maybe, in the combination and coordination of the many stakeholders in the climate crisis, we can achieve climate justice. Until then, we march.

[9]All of the above statistics are from the source below:

Matthew is currently pursuing his studies in sustainability at Columbia University.

Climate change is a security issue. How can we make sure climate security receives the attention it needs?Sustainable Development Goals: A Reading List (Part 1)