Read more in Neil’s recent blog The Time for Business to Act is Now. 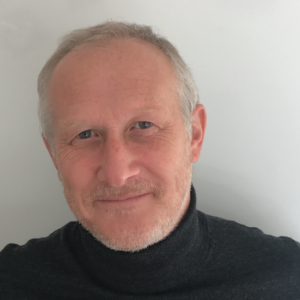 MA: In your research and in your book, you present the idea of the ‘Single Organizing Idea.’ What exactly is it, and why is it so important for businesses?

NG: The Single Organizing Idea, or SOI®, is a tangible distillation of the company’s values and purpose. The SOI can be embedded in the company’s ethos and their business operations and can be adjusted and monitored to help ensure they are staying true to their value, their purpose.

The real problem is—as we saw from the recent IPCC’s Report [Special Report on Warming of 1.5°C]—we are in deep trouble. And we need a lot more businesses to actually make these statements of intent into real, tangible outcomes. So not just have a purpose, but to deliver on it. In this sense the SOI operationalizes purpose. It makes purpose real.

MA: What are some of the biggest challenges facing organizations today with respect to sustainability?

NG: Many organizations and businesses are struggling in the new ‘sustainability era,’ and they’re struggling because they’re having to take years and years of value—they’ve been valuable to their customers for decades, but suddenly thatvalue is being questioned. They’re having to redefine their value, their purpose. Some organizations are quite good at this, and able to redefine that purpose in a way that sounds like they’re helping the world. But a lot of it is rhetoric—just intent rather than action.

MA: So how can the SOI help with this?

NG: We’re surrounded with a lot of rhetoric and words—particularly in the sustainability field—and we need businesses to be tangiblein their outcomes and demonstrate an operationalized purpose. So what SOI does in a nutshell is it operationalizesthat purpose. Purpose often replaces vision as a statement of something. SOI is a management tool and an approach that makes that vision real, so you can embed it in every single part of your business, you can monitor it, you can measure it, you can ingest it, you can bring stakeholders into it. And that’s the key difference.

MA: What are some of the qualities of a good company and how can you identify them?

NG: The really interesting thing is that all businesses set out with an idea—not many set out with the idea to make as much money as possible, but most set out with an idea. But what starts to happen over a short time is that that idea disappears, and the need to make money replaces it. What separates one business from another is that the core idea, the core reason that they were established in the first place, remainsin them. So the quality that sets apart really good companies from the rest is that they have clarityin their reason for being—it’s never just about making money.

MA: Can you give readers an example of a business that has accomplished this?

NG: Sure, an interesting example is the Swedish car company Volvo. Back in 1927, the company set off with a goal of making safetytheir core organizing idea. They were pioneers in the field with the 3-point seatbelt system they created. Volvo built a reputation around their commitment to safety. Then, however, in the 1980’s, they started to lose their way a bit. Business was harder, and they had lost their purpose—they didn’t give customers an understanding about what the company was dedicated to. But they recently managed to recognize that and recommitted to their core goals of demonstrating the company’s dedication to safety, and thankfully, in this case it worked for them. This same concept is true for sustainability and commitment to sustainable business operations. So, even once a company has lost their way, they can reestablish themselves as leaders in promoting cleaner energy, sustainable production, and development.

When businesses lose that core idea, they flounder. The problem with most businesses today is that they’re short-term orientated, based on financial transactions and financial targets. They’re not based on, for example, delivering the most beautiful, best things in the world that are going to help people. The fashion industry, for example, are very culpable–the second most polluting industry in the world after oil and gas. We used to have seasons, summer, spring, but now ‘fast fashion’ has completely destroyed that because the business model is hungry for revenue.

MA:  How have you learned to identify greenwashing and other false claims?

NG: In 2015, the United Nations Member States adopted the 2030 Sustainable Development Goals, and following that, in 2016, we entered what Professor David Grayson describes as the ‘purpose era’—the period following the establishment of the SDG’s. And during this ‘purpose era’, greenwashing became more prevalent. Greenwashing is when a company makes a claim: ‘we have a vision—and it’s a greenfuture’ but they don’t deliver on anything. I think it’s safe to assume that more organizations are doing that because they’re being forced to say something. So the tendency is in order to remain relevant to customers, companies think they need to saythe right thing. But saying things is much easier than doing them.

But an example of a company in the fashion industry that is genuinely doingthings, focusing its resources on making the world a better place, is Levi’s Jeans—they’re actively looking for replacements to cotton. These are proactive things that you can do not just to decrease your impact on the world but to become a force for good as a business. But it’s meaningless if you simply talk about making a positive change, as many of the ‘fast fashion’ companies are, but don’t actually do anything. The difference is action and being proactive. Not waiting to be told or caught out, but making it part of your core purpose to do good, consistently across the board.’.

MA: One of the core themes you discuss is communication—to stakeholders, customers, etc. What is the role of social media, and how can we as consumers leverage the power of social media to hold businesses accountable for their actions?

NG: One thing I discuss in the book is this notion of brand versus reputation. I describe brand managers as walking down a buffet and selecting the things that help them ‘tell the best story.’ In the old days, that used to be able to be done unchecked, but today that’s not so easy because of the internet and social media. Millions of people in the world with smart phones and internet access can easily check a company’s claims, and call them out when the claims are false—and that’s about reputation then. What businesses get from your customers, activists, pressure groups, movements are people managing your reputation, talking about your business from a reputational point of view, and not just what you were hoping to have them see—the branding. And I think that as technology grows, the greater transparency there is—long term, optimistically, all of these things will give us greater transparency.

Communication is important. For example, BP identified and defined a compelling idea the entire business could rally around. ‘Beyond Petroleum’ was an inspiring vision of the future but it was also ahead of its time. Great care therefore needed to be taken to ensure alignment of the business with it was measured and managed. Unfortunately any chance of this happening was immediately undermined by short-term minded advertising executives who got ahead of reality. They claimed to have gone ‘beyond petroleum,’ but that wasn’t the case. All of its revenues—barring some token things—were from petroleum and oil. So what they should have done was waited until this was actually true, until they could prove it. This is a great example of where communication and honesty is crucial.

MA: So what do you think the future holds?

NG: My objective is to scale up SOI—you can make purpose real and organize around something. We can actually change businesses. People are very resistant to change but they’re resistant because they don’t understand what’s involved in creating meaningful growth. And the idea of meaningful growth is a key message I want to communicate—you can have growth, but meaningful growth is very different. You can have simple growth in industries such as oil and gas that may line the pockets of a few, but it won’t have a positive impact on the many.

Change is possible, it’s not something to be frightened of. As technology advances, social movements are going to be more and more powerful and lasting. So even if we’re having political setbacks, hiccups, people are going to resist and they are powerful, but I genuinely am optimistic. We’re going through turbulent times right now, and I’m very concerned about the planet warming and climate changing—but I’m optimistic.

Leaders in Energy is planning to convene a Dinner Debate (by special invitation only) in collaboration with Neil in Washington DC, planned for April 2019.

How Businesses Can Show Appreciation for Employees Sustainably

Beyond the Basics: Being Intentional in Your Sustainability Efforts