On October 3rd the Prime Minister of India received the United Nation’s Champion of the Earth Award in the Policy Leadership Category for his work in championing the International Solar Alliance, promoting new areas of levels of cooperation on environmental action, and for the unprecedented pledge to eliminate all single-use plastic in India by 2022.

This is the UN’s highest environmental honor and this achievement deserves global recognition.

Here are a few key statistics about India to show what a big an achievement a UN Champion Award is and what it means for the country.  India is the world’s largest democracy and second largest in population. With over 32 states and 1.2 billion citizens, both corporate and civil policies play an important role in the functioning and management of a state as large as India. Prime Minister Modi has been one of the few leaders to shake up the status quo by introducing new policies. Some have worked better than others, but overall India as a state has sought to improve its Environment Performance Index.

India currently ranks 177 out of 180 due to its degraded air quality, river and ocean pollution, massive deforestation in metropolitan cities, and poor waste management system. Every year during October-November when the nation celebrates the festival of Diwali, the air quality in the capital city deteriorates massively. According to Forbes, one hundred percent rural electrification has been achieved but there are still about 31 million households without electricity. With issues as deep as those mentioned above we need to first analyze the root cause of some of these problems and then assess what the PM has done thus far to confront some of these issues. 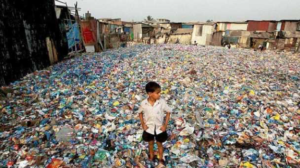 Social factors such as population, poverty, urbanization along with economic factors such as market failures of environmental goods and services, industrial pollution, bad transportation foundation, dependence on petroleum and its derivatives are major contributors for India’s degraded environment.

Prime Minister Modi in 2015 jointly launched the International Solar Alliance with France’s President Macron to address obstacles to deploy solar energy at scale, through better harmonization of demand from solar-rich countries lying between the Tropics of Cancer and Capricorn. The ISA would play the same role in the future as OPEC plays today and would hope to transform the global energy market. India vowed to increase its solar capacity by 28% in 2018, targeting a massive 100 GW by 2022. The energy market in India has not been linear in the past 3-4 years since rapid changes have led India to set ambitious but realistic targets. India has achieved the 24GW solar target in July with a cumulative 25.87 billion units’ installation in 2017-18. The central government is working with state governments to provide subsidies and accelerated depreciation for both residential and corporate setups and is trying to create an attractive solar industry. The government has implemented various new policies and regulations such as capital subsidies, renewable energy certificates, net metering initiatives, and power purchase agreements to attract new solar players. The rising cost of coal and foreign investments have helped the industry flourish. 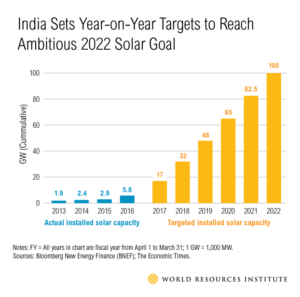 PM Modi has also been aggressive in working to ban single use plastic, in efforts to eliminate plastic bags, straws, and water bottles. As a country that generates 25,000 tons of plastic waste every day, India led the charge against plastic by launching “Beat Plastic Pollution” and “Save our Oceans” campaigns. The states have taken it upon themselves to set a deadline and implement their own rules for eliminating plastics. What is yet to be seen is how one some of the toughest anti-plastic laws–which include fines on businesses, a ban of plastic cutlery and jail terms for offenders–might affect the livelihood of people who are dependent on either plastic or recycling of plastic. However, with propulsion in the renewable industry in terms of job creation and newer targets, we hope the government will be able to work around solutions to all possible obstacles and, in turn, improve India’s EPI. 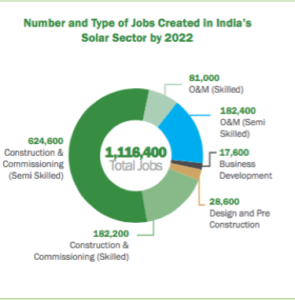 Rome wasn’t built in a day, thus the road to India’s environmental improvement is long and arduous but the UN’S Champion of the Earth Award is surely a milestone for PM Modi and India.

Utkarsh Vivek is passionate about technology-sustainable technology, especially clean energy, sustainability and social innovation. He hopes to impact the Technology and Energy space by building strategies and projects in corporate sustainability.

Solarize: the Grassroots Initiative that Cut Solar Costs up to 35%