You are here: Home / energy / Why I am Encouraged About Our Energy Future 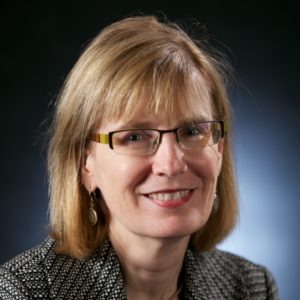 In this day and age, when we can hear a lot of negative news, I wanted to share some positive highlights from a fascinating technical tour that I took on March 7-8, 2018 of the National Energy Technology Laboratory (NETL) and the Longview power plant which uses High-Efficiency Low-Emissions (HELE) technologies. The tour was conducted by the National Capital Area Chapter for U.S. Association of Energy Economics (NCAC-USAEE) to these facilities in Morgantown, West Virginia.

As my role as the Executive Director of Leaders in Energy ─ an organization which works to advance clean energy and sustainable solutions ─ I am particularly interested in the potential for fossil energy to be used in a more efficient and cleaner manner which I refer to as the “greening of fossil energy” as a way to move us toward a more sustainable energy system and economy.

Why is it important to move to a greener fossil energy future? Our nation (and indeed the world) is highly dependent on fossil energy with three sources—petroleum, natural gas, and coal— comprising around 80% of total U.S. energy consumption. (US Energy flow chart and EIA.) While changing our energy system will not be an easy task, our nation and society is no stranger to hard challenges! Indeed, one colleague on the tour said that his career in engineering and energy was formed many years by the investments that the US made in research and technology for space exploration.

We learned about a number of research initiatives including energy modeling and the development of processes to lower and capture carbon emissions in combustion and post-combustion processes.  These are elaborated upon further below.

The Technical Tour at NTEL

Chris Nichols, Analyst, Systems Engineering and Analysis, at NETL, and USAEE member at the Pittsburg chapter kicked off our tour.  The National Energy Technology Laboratory (NETL) is part of the U.S. Department of Energy (DOE) national laboratory system, which currently operates seventeen national laboratories. NETL implements a broad spectrum of energy and environmental research and development (R&D) programs.   Nichols pointed out the important dual role of research and policy initiatives in spurring energy sector innovation and change. One of several scenarios that he discussed from NETL’s modeling work involved the use of renewable and biomass carbon capture and storage (CCS) technology in combination with a carbon tax to reduce carbon emissions by 80% in the power sector by 2050.

One of the greatest barriers to carbon capture and storage is its cost of which is estimated to be $60 to $70 per metric ton of CO2. DOE’s goal is to get it commercially competitive with other forms of low-carbon energy by reducing the cost of capture to $30-$40 per metric ton.

We heard from a number of scientists about their work involving collaborative partnerships, the evaluation of pilot-scale prototypes, and lab and bench-scale testing. 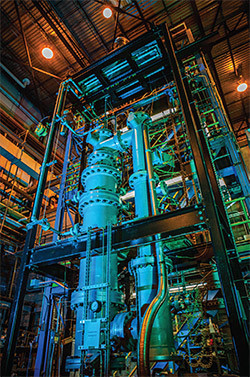 My tour group started with a presentation by Dr. Madhava Syamlal where we learned about a partnership called the Carbon Capture Simulation for Industry Impact or CCSI2 which is applying cutting-edge computational modeling and simulation tools to accelerate the commercialization of carbon capture technologies. This CCSI2 toolkit is being used to help accelerate the commercialization of carbon capture technologies from their discovery to the development, demonstration, and ultimately the widespread deployment to hundreds of power plants.  Over 50 personnel from 5 national laboratories in addition to numerous universities and private sector companies are involved in this effort to spur an industry-wide revolution in carbon capture technology development.  A 3-minute video with NETL’s David Miller provides a great description here.

Post-combustion research is being conducted that enhance and enable the use of advanced solvents to capture carbon dioxide (CO2) from power plants. One project called the “Micro-Encapsulated Carbon Solvent” (MECS) project is conducting research to demonstrate the encapsulation of new solvents with desirable properties for transformational carbon capture.   Further details are available here.

Advanced combustion such as Chemical Looping Combustion (CLC) for clean power generation is considered to be a ‘transformational’ technology that shows great promise to drastically reduce the cost of capturing carbon.  We saw a CLC Pilot-Scale Reactor (photo) which contains extensive instrumentation to improve computational simulations and validate fluid dynamic models on CLC processes.   Chemical looping combustion is explained as “..oxygen is transferred from an air reactor to a fuel reactor by means of a solid oxygen carrier.  Direct contact between air and fuel is avoided, resulting in an undiluted carbon dioxide (CO2) exhaust stream.”  This Pilot-Scale Reactor also helps accelerate the scale up from lab-sized units to industrial-sized units much faster than the historical 25 year period.  Details on the process are also available in this NETL factsheet and this video.

In the lab and bench scale testing, a number of basic research experiments are being conducted by scientists on the flow of particles to test their reactions under simulated circumstances.  We viewed the Cold Flow Circulating Fluidized Bed in the Particle Dynamics Lab and saw “tagged” particles at the micron levels through the use of colors which can be seen with ultraviolet light in the fluidized bed combustor to help improve the understanding of the flow dynamics of gases and particles. This research is relevant in increasing the understanding on how to increase operational efficiency and to reduce harmful particulate emissions.

Longview Power Plant – Cleanest, Most Efficient in the United States

I had been hearing about high efficiency, low emissions (HELE) coal-fired power plants for some time. We learned that the Longview Power Plant is the cleanest, most efficient coal-fired power plant in the 13-state Pennsylvania-New Jersey-Maryland (PJM) interconnection and one of the most efficient in the United States, producing 700 net megawatts of electric power.  The presentation by its staff and tour of the facility was very informative on the mining techniques being used for the facility (longwall mining and room and pillar) and how the plant’s efficient heat rate is instrumental in lowering carbon emissions.

Presentations by Stephen Miller, the Chief Operating Officer, and Jeff Keller, CEO, discussed the multiple benefits of building new HELE coal generation. They cited the importance of having a diversity of fuels to provide a resilient power supply and how coal can play a critical role in providing baseload power.  They emphasized that HELE coal plants are becoming increasingly competitive in cost and that units located near to multiple fuel sources can provide economic efficiency as well as enhance and extend coal jobs. More on the Longview Plant is available at their website here.

Experiential Learning and Networking with Colleagues

The benefits of the trip were several-fold. These included meeting the NETL researchers and Longview Plant senior management and being invited to follow up with them if there were additional inquiries.  It was also valuable to engage with other energy professionals in an experiential learning environment and to network and build comradery during the bus ride and meals. There were several international participants on the trip and it was interesting to hear their perspectives based on energy research in their countries.

This Research Moves Our Country in a Positive Trajectory

In summary, I was very encouraged in meeting the NETL scientists, project managers, and others in hearing about their work, much of it revolving around reducing greenhouse gas emissions from fossil sources. The points made by Chris Nichols also resonated with me regarding the valuable combination that innovative economic policy can contribute along with technology R&D.

It is heartening when U.S. citizens can see the efforts of both the public and private sector in moving our country in a positive trajectory where technology is being developed that is smart in terms of conserving resources, being efficient in its use, all in combination to accelerate the reduction of greenhouse gases while also helping to employ its citizens through these efforts.

Leaders in Energy is building a global community of leaders to create a sustainable energy system, economy, and world. The three main areas of action are the green economy, sustainable communities, and multigenerational leadership. With operations in Metro Washington DC, we’ve built a base that spans most major metropolitan areas and over 100 countries. More information is available at https://www.leadersinenergy.org and in the Leaders in Energy Research, Communication, Policies & Analysis (LERCPA) LinkedIn group

Meeting the New Generation of Energy LeadersLeaders in Energy celebrates its 3,000th member!

Growing the Green Economy, Careers, and Jobs in the DMV Region