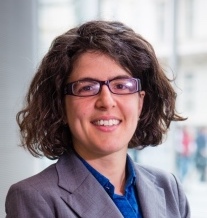 This week I am heading to Canada, where I grew up, for the first time in six years. I am very excited about returning to Canadian soil (er, or snow), and particularly interested to meet a range of people involved in developing locally-relevant solutions to tackling climate change.

There is no one-size-fits-all

Justin Trudeau, Canada’s Prime Minister, has received extensive publicity for his active stance on tackling climate change, a marked contrast to his Southern neighbor, President Donald Trump. However, the provinces and territories of this vast country have a range of specific characteristics and conditions that make it difficult to implement climate policies – and a one-size-fits-all Federal policy simply wouldn’t work.

At a provincial level, for example, British Columbia is known for its pioneering carbon taxation policy, which has delivered revenue-neutral emissions reductions by putting a direct price on carbon at the point of sale and redistributing the revenue within the province. In contrast, Quebec and Ontario favour cap and trade schemes to drive down greenhouse gas emissions, a policy they have built together with states in the US, such as California, to ensure they are in synch with important trading partners. This diversity of approach in Canada is reflective of the very different economic sectors, cultures, terrains and demographics the country is home to – including the rural versus urban distribution of people across different provinces.

My destination is Alberta: the energy engine of Canada, where many livelihoods are dependent on the oil and gas sector – both directly and indirectly. However, the province has had its own intensity-based carbon pricing system in place for some time. In 2017, the provincial government laid out plans to reduce emissions from heavy industry by an ambitious 50 million tonnes by 2030. There is no doubt that the governors are serious about shifting to a low-carbon economy – but how will it be achieved? This week, I’ll be meeting students, academics, industry players and NGOs to find out how they see the transition to a low-carbon future playing out here in this Western Canadian province.

Recently, the Grantham Institute did some work with a partnership run by The Climate Group: different regional governments from around the world, including Alberta, Wales, the Basque Country and California, came together to discuss the challenges they face in tackling climate change. Each region is home to entire communities that depend on carbon-intensive industry or energy sectors – and they are all facing similar challenges in shifting to a low-carbon economy. For one, removing core industries poses a real threat to communities’ local fabric. That’s why policymakers around the globe must recognise the valuable skills in these regions and use them to create new prosperous industries fit for the coming century. It could be all too easy to focus on the role and importance of technology when changing from a fossil-fuel intensive energy mix to a lower-carbon mix. However, it is equally vital – and just as complex – to get the human dimension right too, ensuring that jobs and livelihoods are protected.

In Alberta we will be discussing the opportunities that come with tackling climate change. New technologies can build readily on existing expertise to create ‘green jobs’; know-how in finance and trade can be employed in new business models and services; innovation in cleantech can create new market-ready solutions for a low-carbon, sustainable future. Furthermore, given the prominence of the oil and gas industry in Alberta, the province could be particularly well placed to help develop and deliver carbon removal technologies – an essential tool in our arsenal if we are to keep global warming below the internationally-agreed limits.

During my trip, I am expecting to hear more about how the oil and gas sector, recently battered by low prices, has already gone through intensive innovation and change. Yet undoubtedly, more fundamental change is on the way. Environmental pressure is one of many factors that continues to shape the economy of the region, and I am keen to show that a low-carbon world, one  resilient to the impacts of climate change, can offer a wealth of opportunities in the future.

Thanks to the British Consulate in Alberta, I will be meeting a cross-section of Canadians who are interested in identifying the right actions that can both tackle climate change and add value to the economy. In particular, I’m looking forward to meeting professional colleagues at the University of Calgary and the University of Alberta to see how we, in the academic sector, can help spur innovation and find opportunities for both the UK and Canada in the transition to a low-carbon world.

Alyssa Gilbert is is the Head of Policy and Translation at the Grantham Institute for Climate Change and the Environment.

An Evaluation of Brazil’s RenovaBio ProgramThe Green Economy: Jobs and Career Trends You Need to Know About