You are here: Home / climate change / Can Lessons from Past Social Movements Help Solve Our Planetary Challenges? 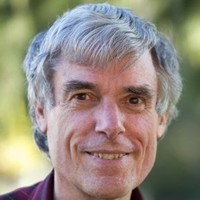 A Force More Powerful: A Century of Nonviolent Conflict tells the stories of a number of 20th Century nonviolent social movements that changed governments.   This book by Peter Ackerman and Jack Duval first published in 2000, examines the following:

and a few more.

Are their insights relevant today, in a world of mounting climate change, ecological destruction, and possible nuclear war? In some respects yes, profoundly so, and in some respects no. Let’s have a look!

A common theme is that when revolutionaries use force they usually get clobbered.

In contrast, Gandhi’s movement to end British rule of India worked because it organized disruption and withdrawal of cooperation on such a massive scale (not easy!) that it was not worth it to the British to continue to rule India

That strategy was appropriate for that time. The goal was freedom from British rule and self-government for Indians. The issue was political.

Our time is profoundly different. True, there are oppressive governments around the world, and in Western democracies  elites call the shots in their favor.

But the larger context is that we live in a globalized world that is ecologically self-destructing. The increased heat waves, fires, floods and droughts that we have experienced in recent years are not exceptions to the norm. They are a trend (along with other aspects of ecological destruction) which will get far worse in ways that are beyond most people’s willingness to imagine.

The first step in solving any complex problem is to identify the right problem. This involves getting an overview of the current situation. I think this cartoon aptly sums up our current situation:

We have an industrial-economic system that is devouring the earth. Much damage has occurred; much more is in the pipeline. In the near term, it is unstoppable. There will be great suffering, even among affluent people.

It helps to have a positive goal. One way to frame it is: Our goal is to transition to a life affirming culture.

A “life-affirming culture” cares for nature and community. It would put far less into the military, and far more into supporting individual and community well-being. And it would be materially modest, with efficient design and very little excess consumption.

This may sound fine. But both conceptually and practically it is extremely difficult, because adjusting our society to reduce consumption so that we operate within the earth’s capacity to support us (a useful definition of ‘sustainability’) will involve dramatically slowing our economy. In general, economic growth drives ecological destruction.

People depend on our current economy for jobs, the ability to pay their mortgages, and superannuation. Understandably, the prospect of slowing the economy is terrifying. So we have a tension between ecological realities of the one hand and escalating ecological disasters on the other.

Mother nature bats last, so one way or another we will end up with a steady state economy that operates within planetary boundaries.

If there were sufficient public will, there would be a great deal we can collectively do to stop making things worse, and indeed evolve a far more modest society that cares for the well-being of nature and communities.

From this point of view, the problem to be solved is to mobilize thoughtful public will to evolve a life-affirming culture.

Faced with threats, a deep part of our evolutionary history is our capacity to fight – the fight-flight response. The fight-flight response is important, because it mobilizes passion and adrenaline. We are no longer complacent; we are charged up. So, some folks want to fight climate change, or at least protest vociferously about it.

But one lesson from Gandhi, and from the Solidarity movement in Poland that led to the end of communist rule, is the importance of communication. Gandhi wrote prolifically, and spoke at rallies all across India. The Polish dissidents gave clandestine lectures in people’s apartments. The Civil Rights movement had an Each One Teach One program.

Inspiring Transition is a platform based which supports a new kind of social change movement. On one hand, it’s about enabling people to think more realistically and systemically about the great ecological trends of our time, with a view to preparing the ground for leadership for transformative change in economics, population policy, and the role of money in politics.

On the other hand, rarely talked about by environmentalists and social activists, is the idea of giving people tools to resolve their own emotional triggers. Emotionally disturbed people tend not to think well about climate change and other issues.

Andrew Gaines FRSA is the instigator of Inspiring Transition. He integrates insights from the Feldenkrais method of body awareness, psychotherapy, energy psychology, creativity training, DesignShops, The Natural Step and marketing into a new paradigm for catalysing healthy cultural evolution.

Andrew lives in the Blue Mountains outside of Sydney, and plays improvised Spanish guitar. His books include Kitchen Table Conversations, Inner Work, and Creativity Games. His TEDx talk is Transitioning to a life-affirming culture.

Inventing her way to a world without trash