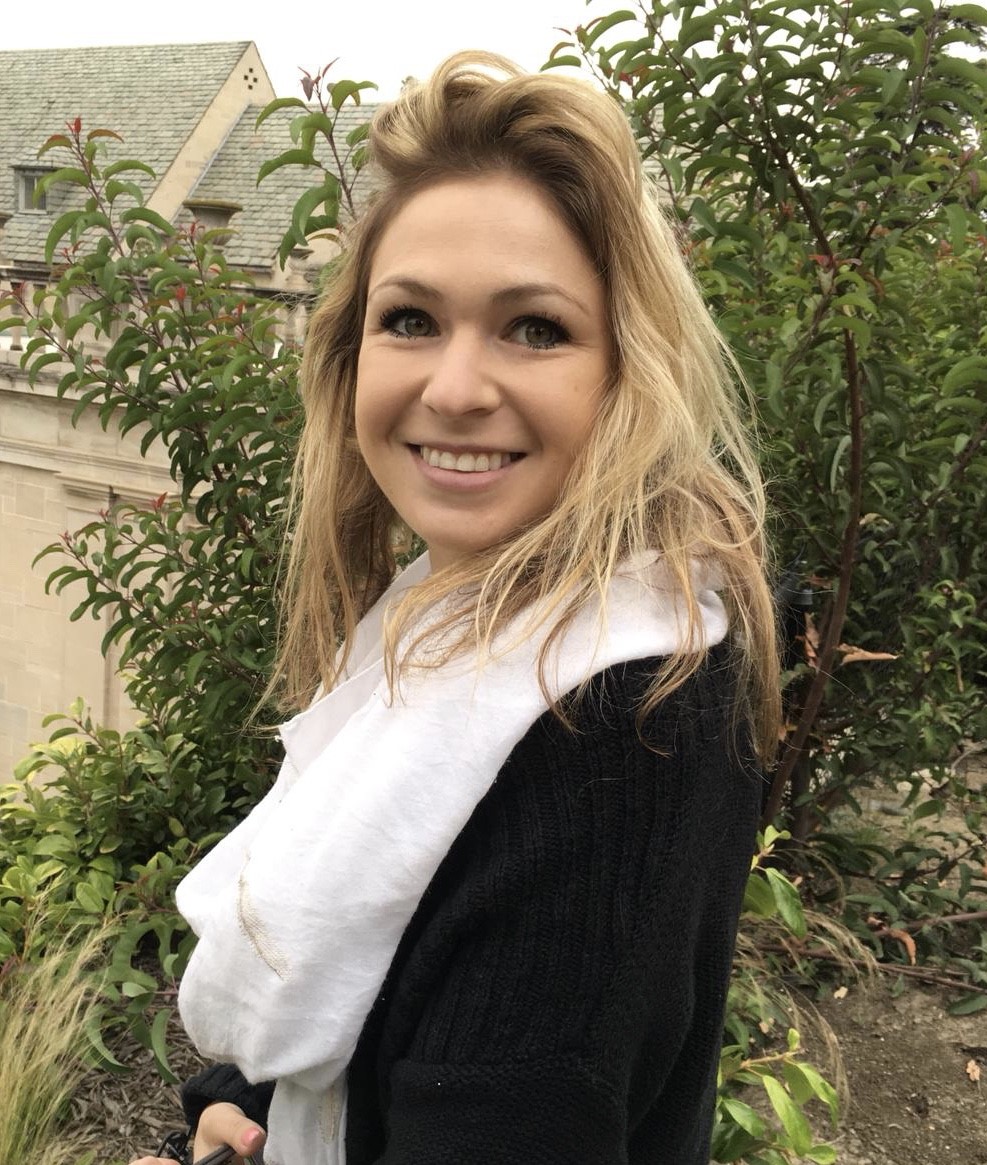 Paris—that beautiful city of cheese and wine, boat rides and picnics along the Seine, museums and breathtaking architecture—and what better way to take in the City of Light’s sights than by hot air balloon. The Ballon de Paris is a hot air balloon that gives people a 360 degree view of the city, without the lines and steep stairs (or elevator) and even steeper price of a visit to the top of the Eiffel Tower.

Up, up, but not away

The helium-powered hot air balloon lifts visitors 150 meters into the air, providing a beautiful panoramic view of the city, yet remains safely tethered to the ground in the Parc André Citroën.

The balloon takes flight from the months of April through September, and only stays grounded during highly windy days. 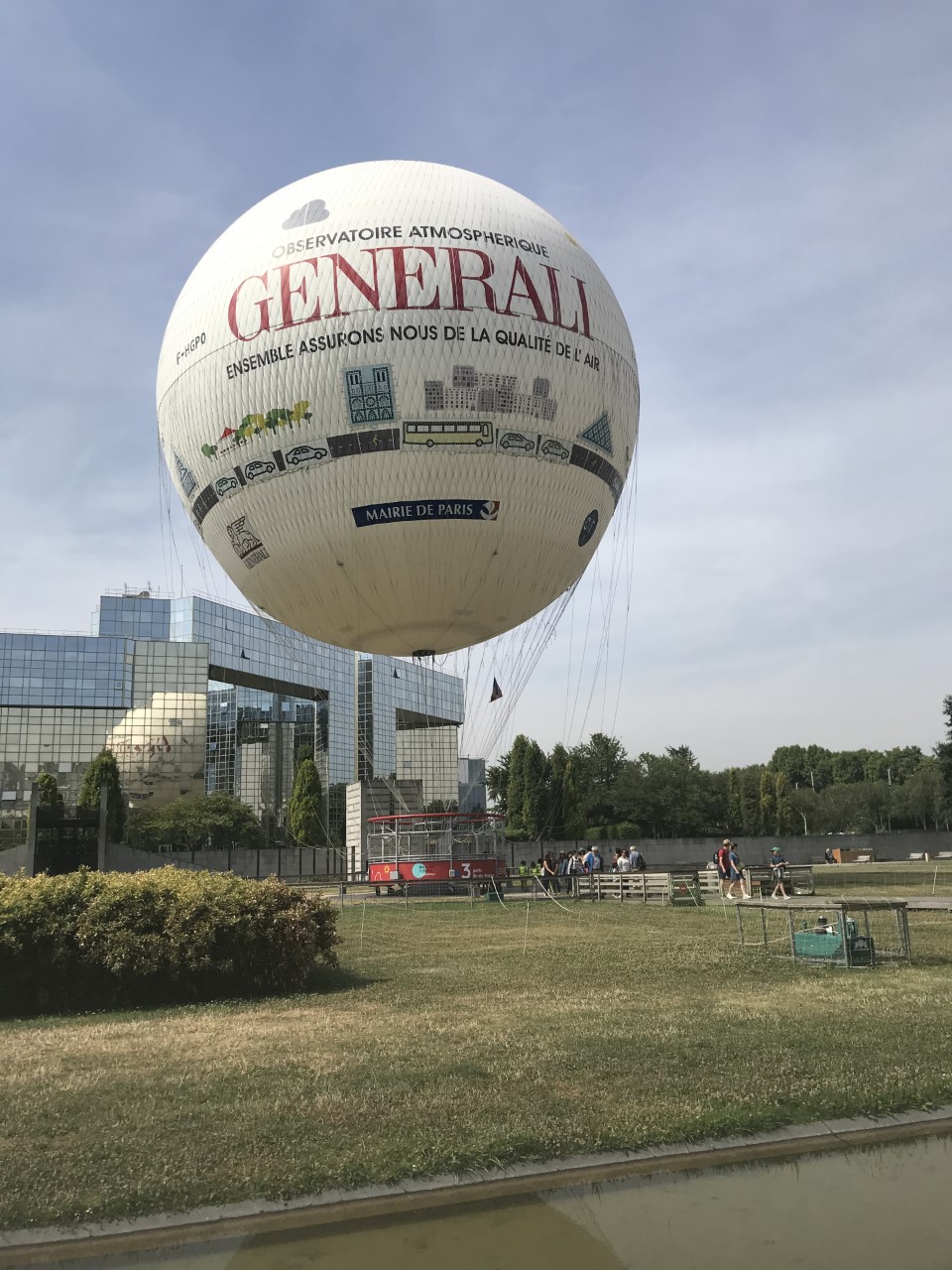 But the balloon is more than just a tourist attraction: the Ballon de Paris has an important environmental role to fill, as the orb changes color depending on the quality of the air and the levels of pollution. With increasing levels of poor air quality decreasing average life expectancy, the European insurance company Generali has decided to fund a hot air balloon to study pollutants, and engage and inform the public of unhealthy urban air conditions.

The balloon is the first ‘flying urban laboratory’ which allows scientists to monitor air quality at the precise altitude of 150 meters a day, and allows measurements to be taken in real time, 24/7. The Observatoire Atmosphérique, or Atmospheric Observatory project, is a collaboration between the Generali Group, the Paris Air Quality Monitoring Network AIRPARIF, and the Centre Nationale de Recherche Scientific (CNRS),

This Generali-branded hot air balloon-laboratory has been has been floating above the city since 2013, and will continue to collect measurements for another three years. Measurements are captured using a high resolution CNRS-developed scientific instrument that can detect the damaging particulate matter (PM), including particulate matter of as little as 2.5 microns–the most deleterious form of pollution. Importantly, the balloon also provides information on altitude of pollution. And an on-board device collects data which is transferred to a data processing center at AIRPARIF, so balloon passengers can see the data in the form of colorful graphs of can Paris’ iconic monuments and vehicles, with the color changing with the different levels of air pollution measured. Another crucial element of the data collection is the measurement of ozone levels, which are being depleted at high altitudes and are increasing, and causing climate and health impacts, at lower altitude levels.

Engaging and Informing the Public

An information pavilion completes the educational component of the urban laboratory initiative. School children can board the hot air balloon and explore the information center for free, and during the rest of the day, tourists can visit the center for a nominal fee, which supports the research initiative and collection of climate data.

Designed by Aerophile, the balloon employs LIDAR technology—a portmanteau of light detection and ranging—is a surveying technology that measures the distance to a target object by illuminating the target with laser light, and then measuring the reflected light with a sensor. The differences in laser return times and wavelengths detected can then be used to make digital 3-D representations of the target object, using the emission of the laser pulse and the measurement of the delay between the emission and the detection of the radiation reflected by an object of interest. In the case of the balloon, the technology is used to detect aerosols, and provides information on the distance and concentration of the aerosols, which is the turned into a 3D map of the fine particle matter in the skies of Paris. On sunny days, scientific flights are conducted at a height of 300 meters, which enablies scientists to study the air quality at different heights.

The city of Paris measures levels of air pollution from 20 official sites, including the balloon with its measuring device strapped to the base. Air pollution is a critical issue for the city, and according to Jean-Baptiste Renard, a senior scientist at France’s national research station (LPC2E) based in Orleans, “pollution at altitude is worse than at ground level. It is dominated [in Paris] by very small carbon particles. It is worst in spring. Paris, like London gets two or three incidents a year when particulate pollution can spike. When it reached 6m per litre in 2013 it was the equivalent of smoking 6-8 cigarettes.”

Tourism, with a side of Climate Education

The ballon de Paris is just one example of how tourism and environmental data collection are being linked, and a great demonstration of how climate data and modeling can engage and excite the public.

Miriam Aczel is a President’s Scholar PhD Candidate at Imperial College London’s Centre for Environmental Policy. Her research is on international energy science and policy, with a focus on mitigation of environmental and health impacts of shale gas, greenhouse gas removal technologies, and citizen science and public participation mechanisms. She is also co-founder and co-director of the Amir D. Aczel Foundation for Research and Education in Science and Mathematics, a nonprofit supporting educational programs in Cambodia and beyond.