You are here: Home / Solar / Community solar as the first step to subscription electricity

This article is reposted with the permission of Neighborhood Sun. Here you can find Part 1 and Part 2 of the original article.

Subscription services is the new business model that’s disrupting in many different industries. Savvy brands are finding that consumers love the idea of subscribing to a product or service much more than owning it. Until now, the electricity sector has been left behind as it tries to cling to an outdated model. But Neighborhood Sun is bringing a new approach to selling clean electricity through subscriptions in the community solar business.

We are all familiar with the idea of subscribing for a service. Most of us subscribe to cable, our phone service, and yes, Netflix. These are services that we now sign up and pay for on a monthly basis, though many of these services were not always provided in this manner. For example, Netflix revolutionized how we rent movies. Instead of taking a stroll to the friendly neighborhood video rental store, Netflix allows us to receive and return videos by mail. We pay for it in a monthly subscription instead of paying a cost for each video we want. Of course, this is before Netflix started offering online streaming.

The difference between these two economic models is clearly displayed in how we listen to our music. Apple and Spotify contrast the difference very well. Apple’s iTunes was a significant supplier of music where we could buy a song for just 99 cents.  That is, until companies like Spotify decided to offer a subscription service for music. Instead of paying for each individual song or album, we could now pay a monthly fee and have access to all the music we wanted. This new model ended up being so successful that Apple had to release their own subscription music service called Apple Music.

This marks a significant shift in our economy. It is a shift from the pay-per-product model, which we are used to, to the subscription model. Many products are becoming available on a subscription basis. Do you need a fancy ball gown or a tuxedo? Check out Rent the Runway for the ball gown or Menguin for the tux. Want to get snacks in the mail? Well there are now a variety of subscription services for healthy snacks to try. In the future you may even be able to subscribe to your car. Neighborhood Sun is now working on a subscription model for community solar.

The electric industry is slowly catching on to the subscription model. An electrical utility in Australia called Mojo Power is attempting a new model for supplying electricity. They are trying a hybrid between subscribing for electricity and paying based on use. With Mojo, you pay a subscription, between $30 and $50 based on the type of service you want, and you gain access to cheaper wholesale electric rates. Mojo Power only makes its money off the subscription fee. Although this is a form of subscription, it is still limited by its reluctance to abandon the pay per use model.

Different organizations are theorizing what the future of subscribing for electricity will look like. The basic idea is that you subscribe for some amount of electricity ahead of time and are guaranteed that amount. The problem is then, how do you deal with issues of over subscribing or under subscribing?

There are a few different ways to deal with this problem. One solution is to pay a subscription, say based off of square foot of the residence, and have access to as much electricity as you need. A model presented by Hung-po Chao is to subscribe for an amount of electricity and settle the difference in real time. If the household exceeded the subscription for the time of day, you would pay a premium for the extra electricity and if you use less than the subscription, you might receive some reward or credit.

Why is this shift significant in the energy industry? It shows there is a mindset change occurring, and it’s a big one. It signifies that people are thinking about renewables dominating the industry, and the shift is happening because subscription models are better suited for renewable sources of electricity. Dirty sources, like natural gas and coal, require inputs to produce energy, they need something to burn. Paying based on use is essentially paying for how much gas or coal it took to power your home. With renewables, once you construct the solar panel there are no additional inputs. The sun is free. You are not paying for the amount of sun it takes to power your home, but subscribing to the use of the solar panels. 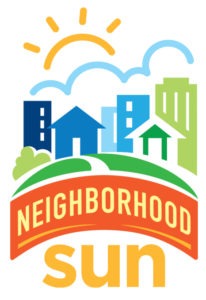 At Neighborhood Sun, we are taking some of the first steps toward a subscription economy for clean electricity. In our model, you subscribe to a block of potential solar energy supply, pay a monthly subscription fee, and are entitled to the electricity produced by your solar block. The amount produced by your block of solar capacity is then credited to your account, and you only need to pay your utility for the difference between your use and what your block generated. This is a different model than how community solar has typically functioned in other states.

​In Minnesota, for example, participants purchase their own panels to be installed at the community array. This requires a large upfront cost and means participants are committed to the life span of the panels. Most Minnesota companies charge over $1,000 per panel and participants are restricted to the 20-year lifespan of the panels. Shorter contracts, such as the subscription service Neighborhood Sun will offer, allow community members to join for shorter spans of time. This enables non-permanent community members, such as people who rent or know they are only in the area for a few years, to participate in community solar.

Neighborhood Sun is working to achieve a future powered by the sun while using a new way of doing business to get there. The renewable revolution deserves a business model that suits it instead of adapting a previous model that is ill fitted for this purpose. If you are interested in becoming a potential subscriber and taking a step toward a sunnier future, sign up here.

Neighborhood Sun’s goal is to bring the Solar Dream to renters, apartment dwellers, small businesses, and all others that cannot install solar otherwise. We are a local startup that develops, organizes, and manages community solar projects. These projects are made for every ratepayer. Thus, we are able to provide affordable Clean Energy produced locally to all those that support climate change action. Visit https://www.neighborhoodsun.solar for more information.

When Businesses Should Consult Environmental Engineers