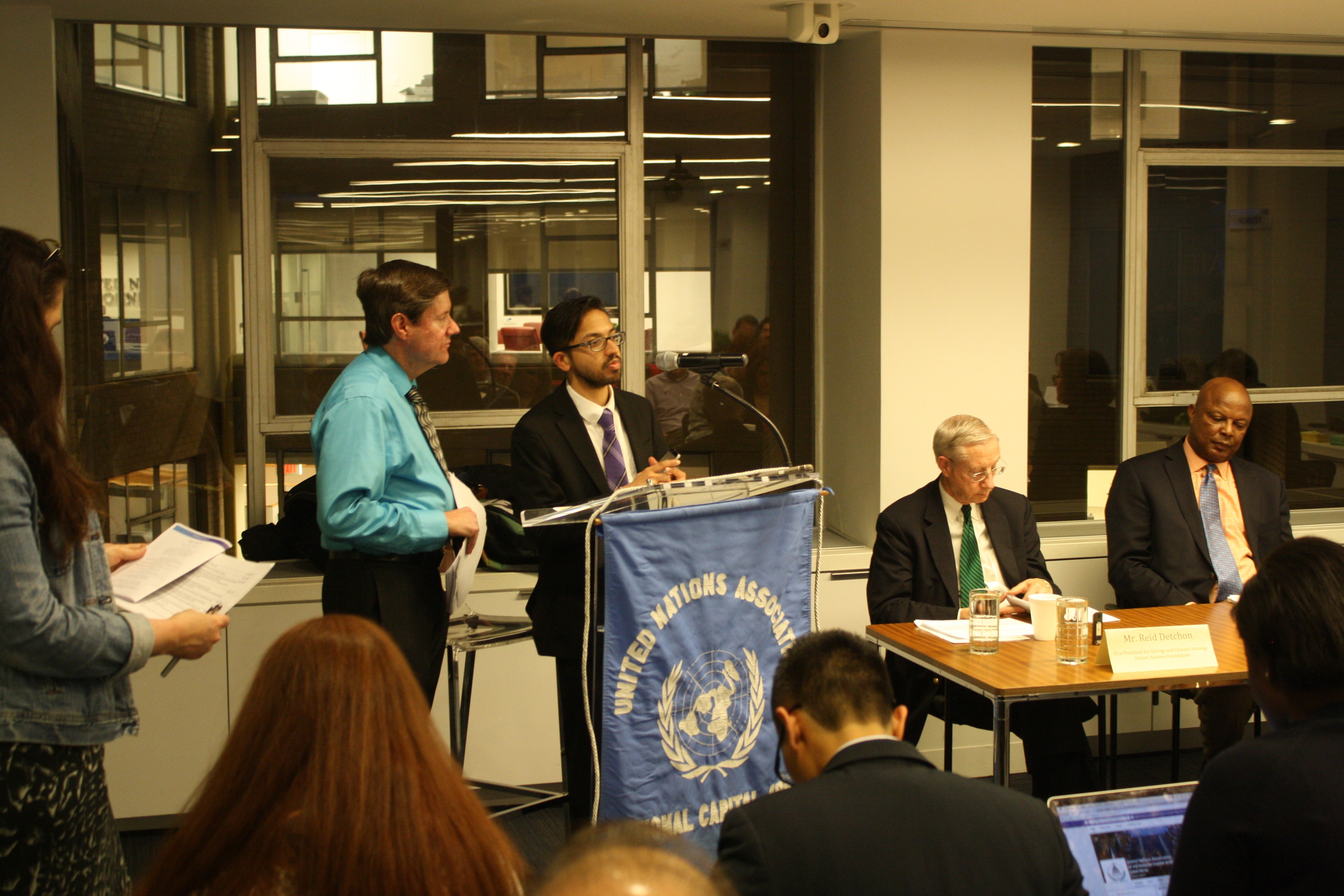 Note: The original article appeared on the United Nations Association – National Capital Area website and is being reposted on our blog with their permission.

On March 3, 2016, UNA-NCA and its Sustainable Development Committee held a panel discussion on Action for Affordable Clean Energy, co-hosted by Leaders in Energy. 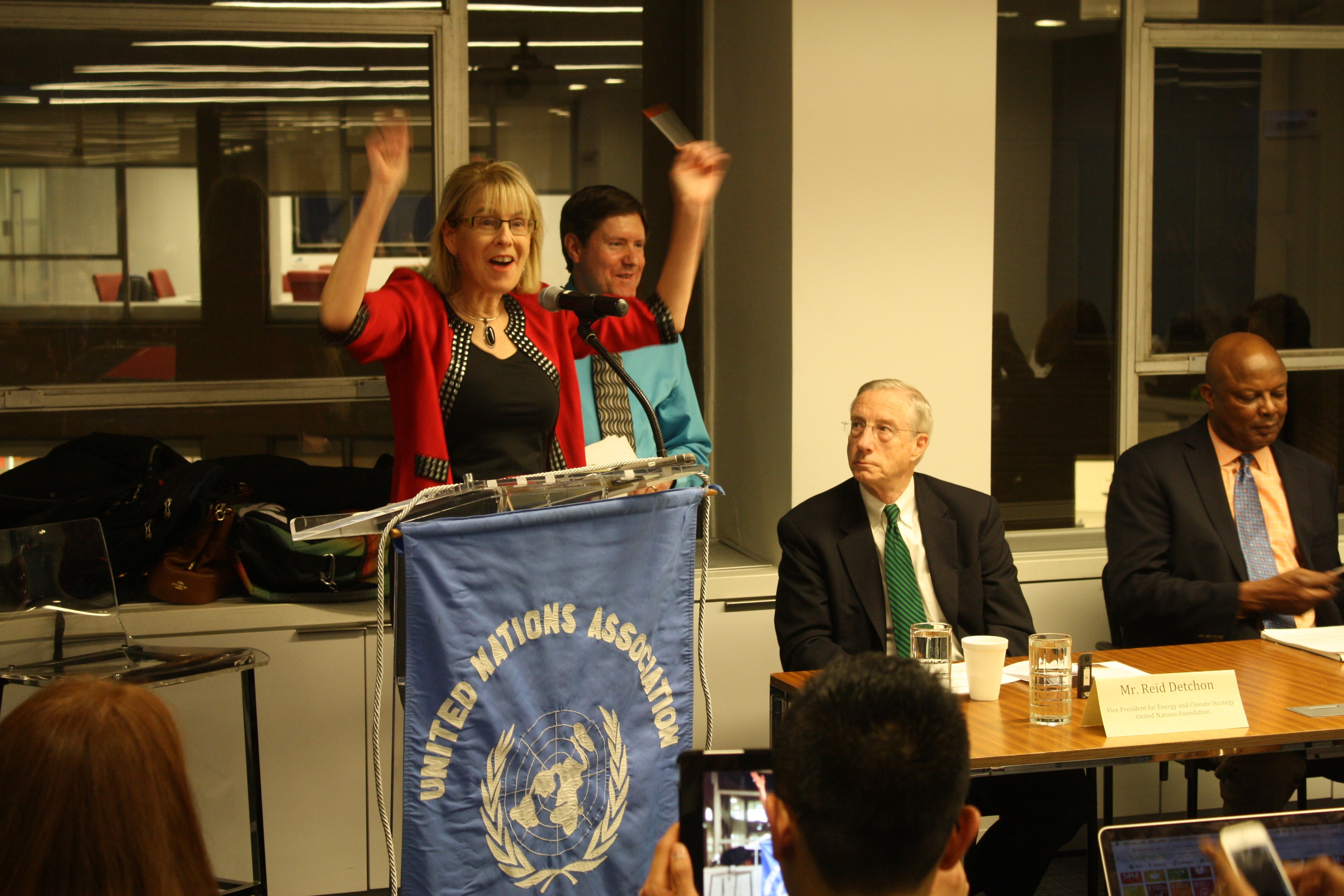 The discussion encouraged local-level actions to achieving the commitments determined by December’s Paris Climate Agreement, in particular through Global Goal 7 – making affordable and clean energy universally accessible. UNA-NCA Director of Membership and Programs Kristen Hecht welcomed the evening’s participants, and introduced the co-chairs of the Sustainable Development Committee, Gautam Sharma and Kenneth Lemberg. Both co-chairs encouraged attendees to engage with the ongoing pledge campaign – promising to make some personal change to help reduce their carbon footprints – and through social media. Janine Finnell, founder of Leaders in Energy, stressed the importance of connecting thinkers in DC with those around the world. 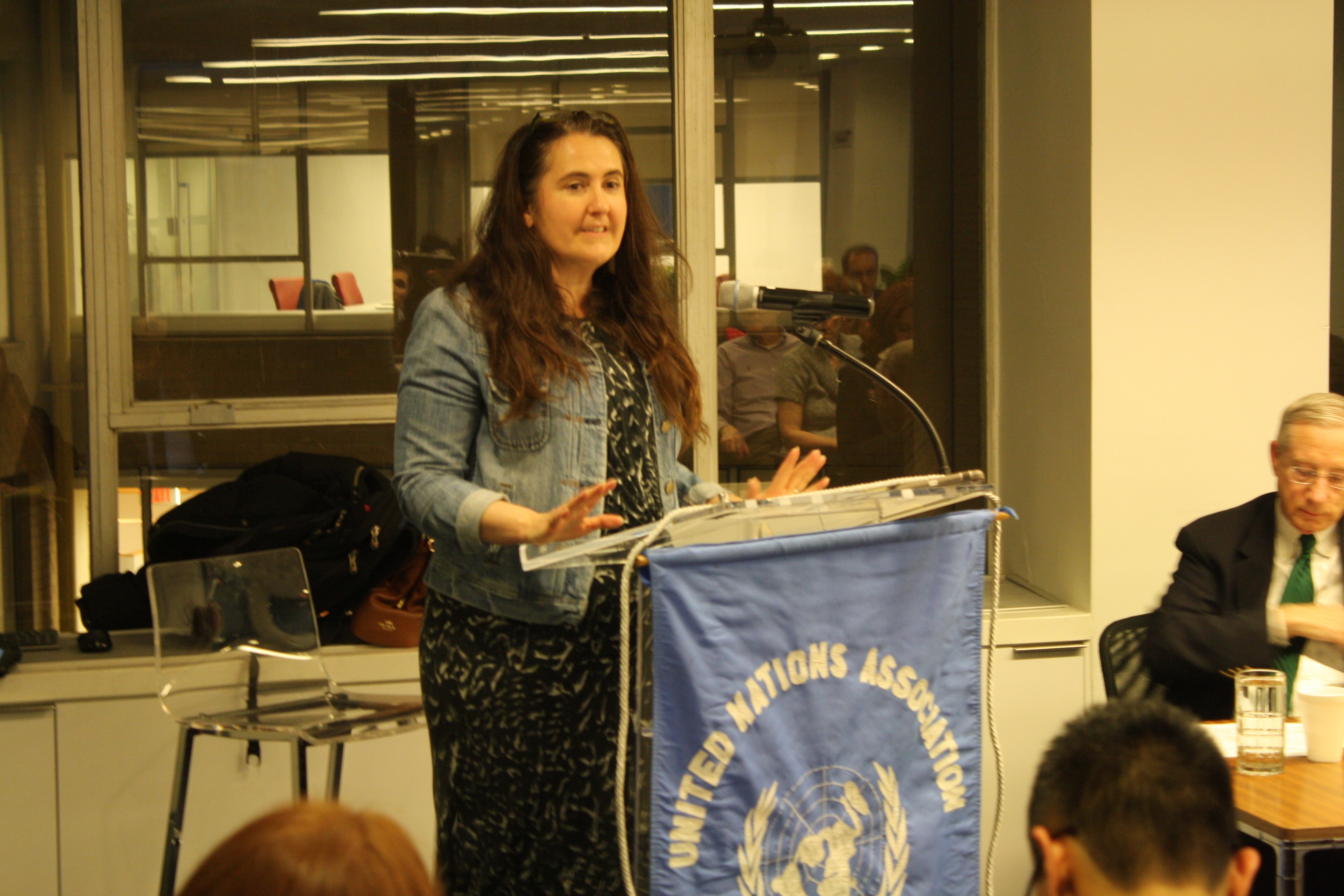 Moderator Michelle Moore, CEO at Groundswell, opened the discussion by posing a series of questions to participants: how many have solar panels on their homes? how many follow a vegetarian or vegan diet? how many use electric forms of transportation? Polling the audience in this way, Ms. Moore listed just a few ways individuals can make local-level changes in their personal and professional lives to impact the climate on a global scale.
The first panelist, Mr. Reid Detchon, Vice President for Energy and Climate Strategy at the United Nations Foundation, began his presentation by looking at the 1992 Earth Summit in Rio de Janeiro, Brazil, which, Mr. Detchon said, represented the first step in committing the world to preventing manmade climate change. However, the Rio Declaration did not define what this meant, or how countries would intervene. Globally we have struggled with these questions ever since, until 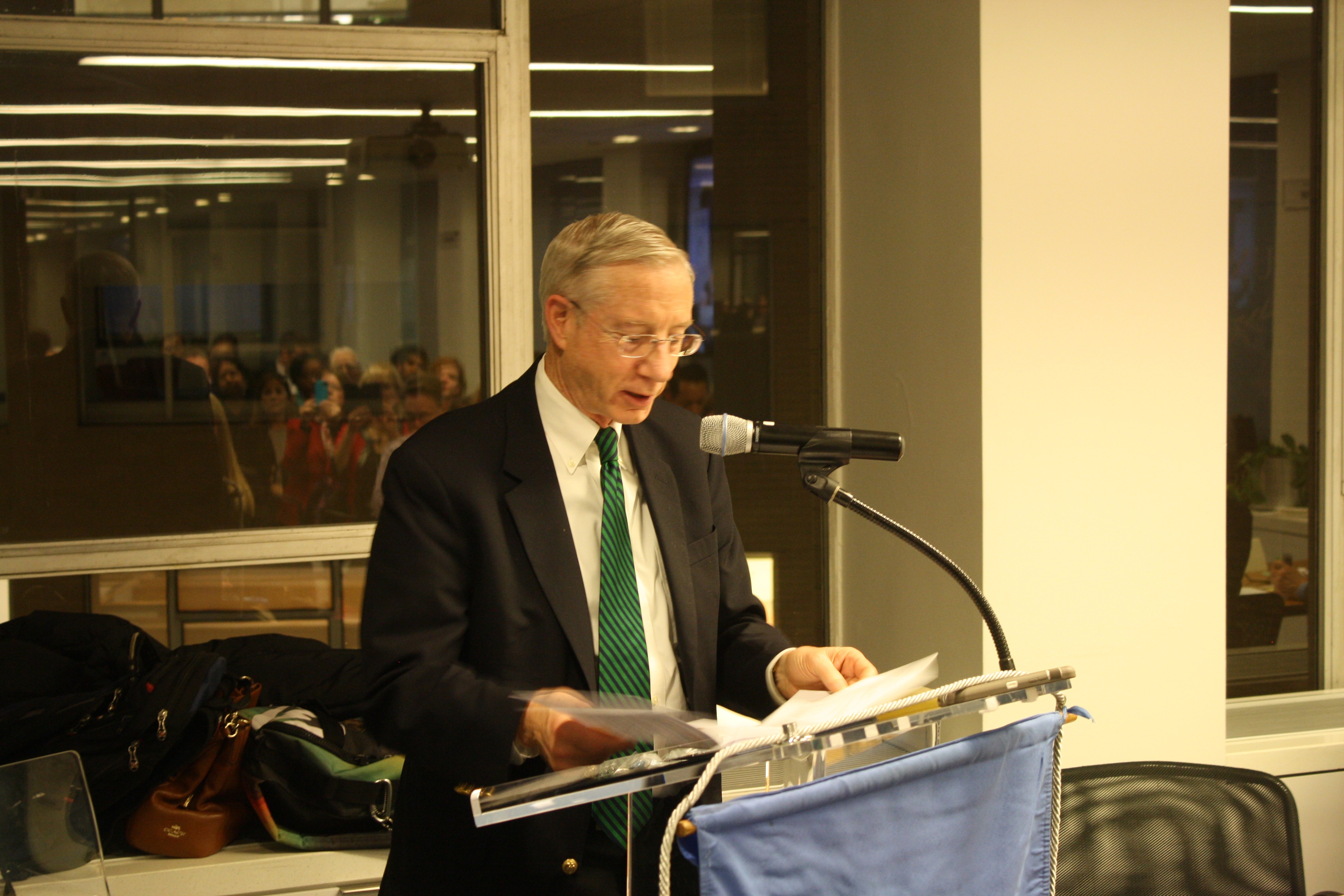 they were finally and conclusively answered by 2015’s Paris Climate Agreement. Key parts of this latest agreement include universality – rather than dividing the world into rich and poor actors, as in previous climate discussions, every country has some responsibility under the Paris Agreement – and the integration of climate and development, as evidenced in Global Goals 7 and 13 – affordable clean energy and climate action. This, Mr. Detchon concluded, is promising. “We will progress to a clean energy system! Now the question is – how fast?” 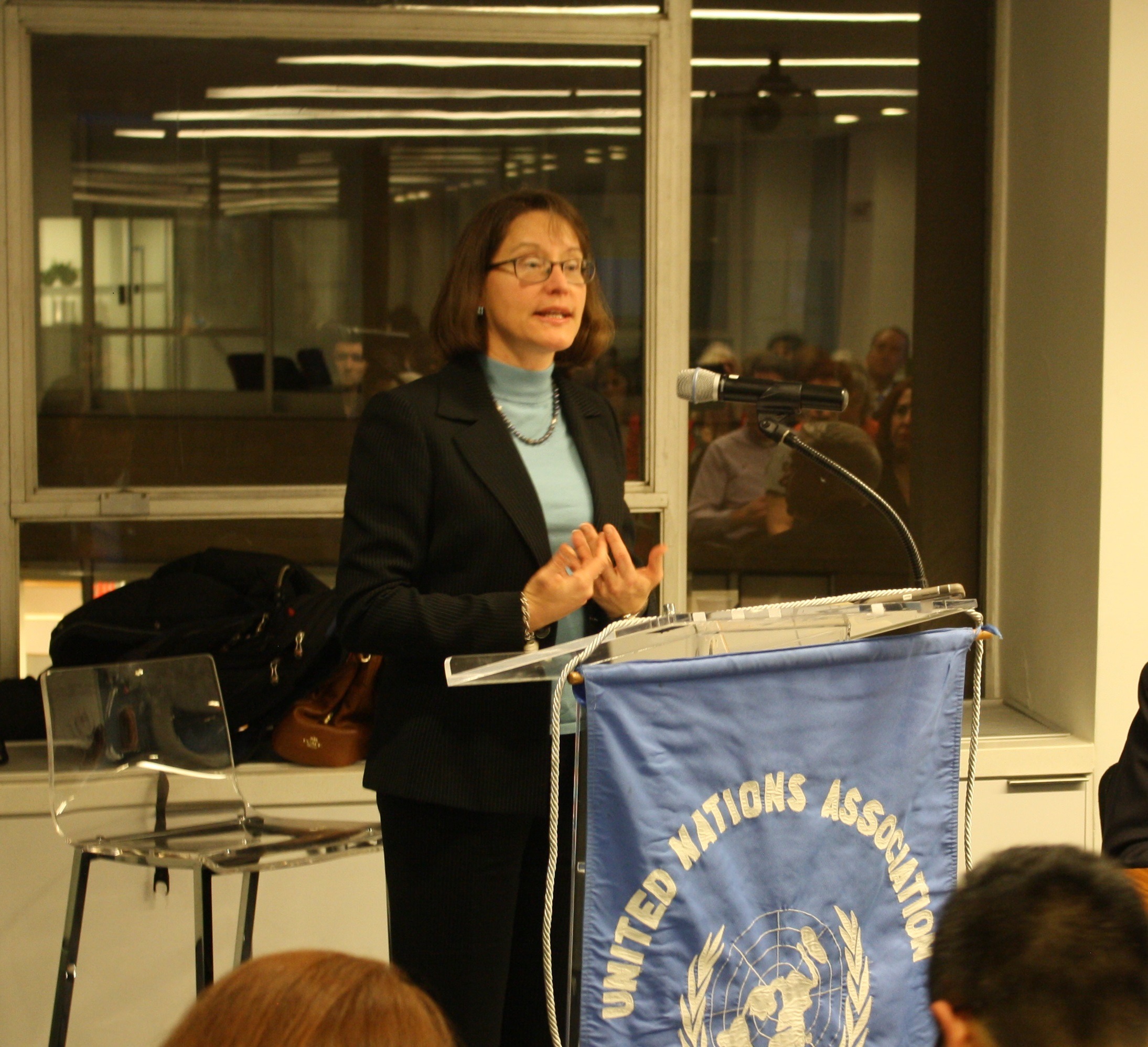 Dr. Theresa Sabonis-Helf, professor of National Security Strategy at the National War College, described the Paris Agreement as “the first truly poly-lateral international treaty” in which nations, companies, cities, and individuals were involved. She discussed the US Department of Defense’s commitment to reducing its enormous level of greenhouse gas emissions, but stressed that changes need to come from individuals as well as from governments. She challenged attendees to reduce their personal emissions by 17% by 2020 and by 28% by 2025. 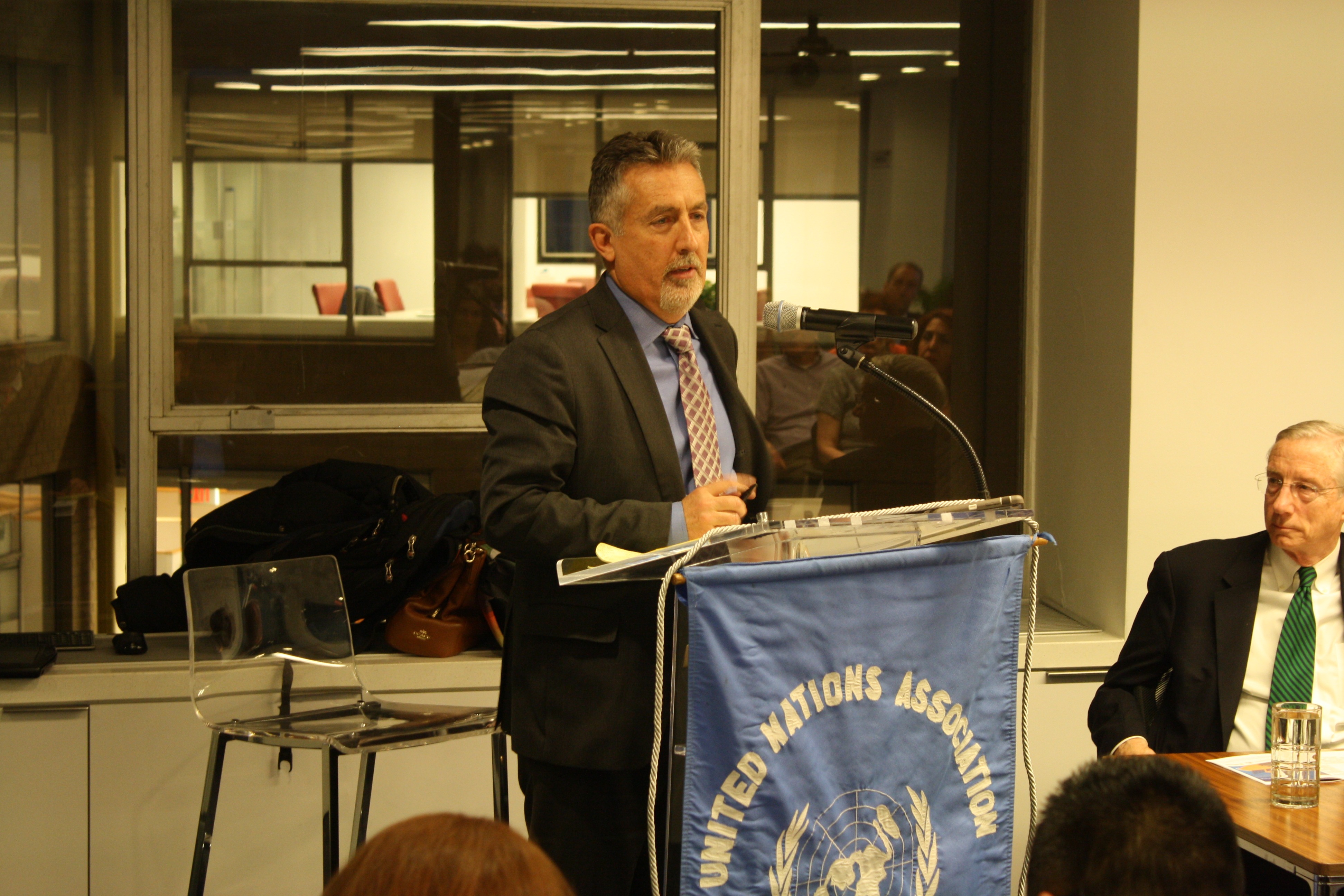 Mr. Mark Tidwell, founder and director of Chesapeake Climate Action Network, acknowledged the huge achievement in 198 countries coming together and agreeing on commitments to end manmade climate change, but stressed the importance in now turning these commitments into solid actions. He discussed specific policies and programs in DC, Maryland, and Virginia, including an upcoming campaign for a carbon tax in the District, and challenged attendees to become socially engaged. 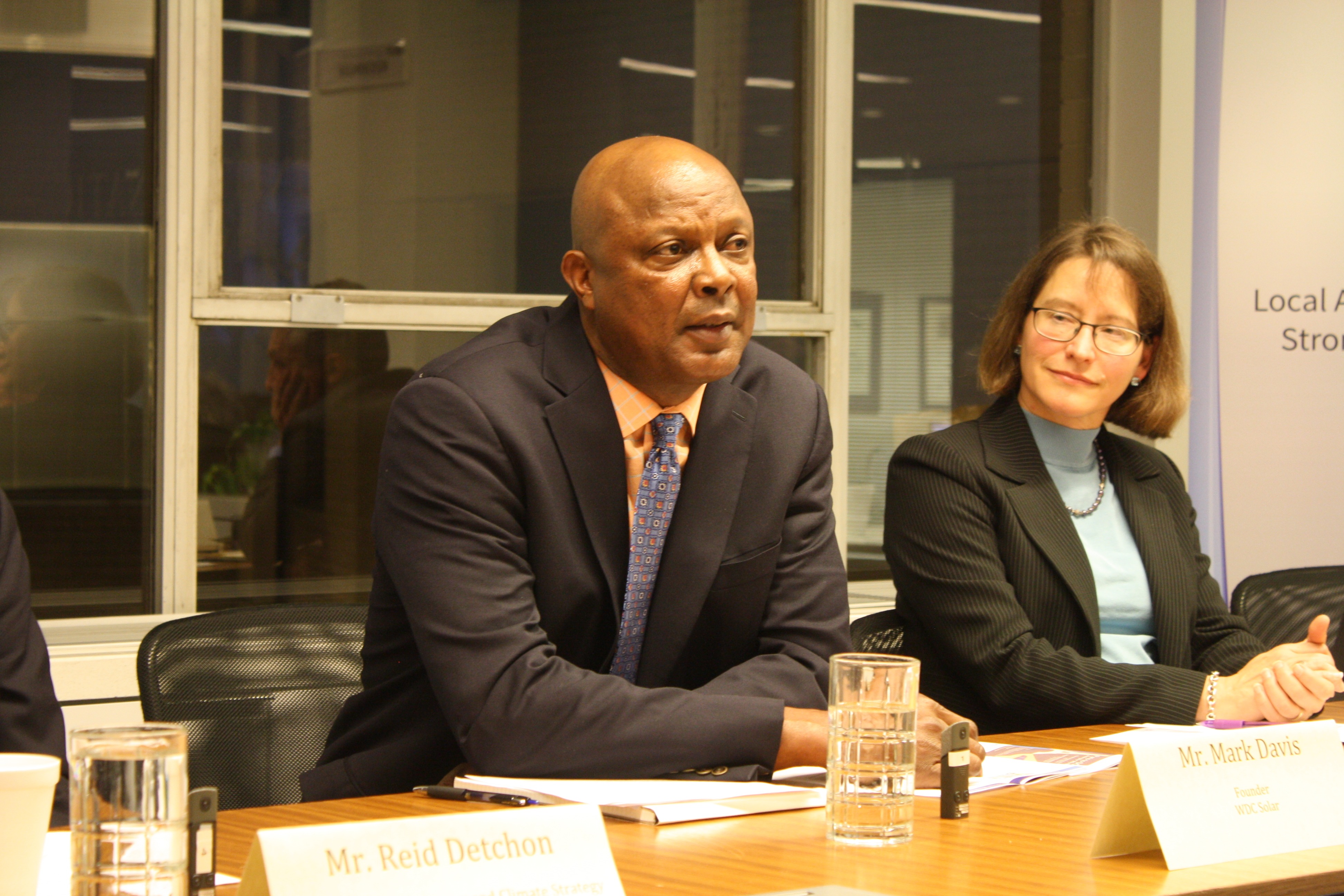 The evening’s final panelist, Mr. Mark Davis, founder of WDC Solar, spoke about his experience installing solar panels and training others to do the same. His goal, he said, is to “empower citizens and make our community more climate resilient.” Mr. Davis offered steps individuals can take to do this, including smart thermometers, efficient lights, and weatherized doors and windows.

Ms. Moore then led a question and answer session, in which she invited questions from the audience and posed them to each of the panelists. Participants asked about personal and professionals methods of engaging with Goal 7. Panelists drew on changes they have made in their own lives and workplaces, while also touching on the role of small businesses and action at the state level in DC, Maryland, and Virginia. As the discussion wrapped up, Mr. Sharma and Mr. Lemberg encouraged attendees to make a personal commitment to Goal 17 and the Paris resolutions. Check out the commitments they made and photos from the event on UNA-NCA’s Facebook page!

Attendees and individuals interested in climate action and clean energy are invited to continue their engagement on these issues by making a personal pledge to Goal 7. Complete your pledge card today and email to unanca@unanca.org or share with us on social media: @unanca and join the conversation: #ParistoDC and #Goal7 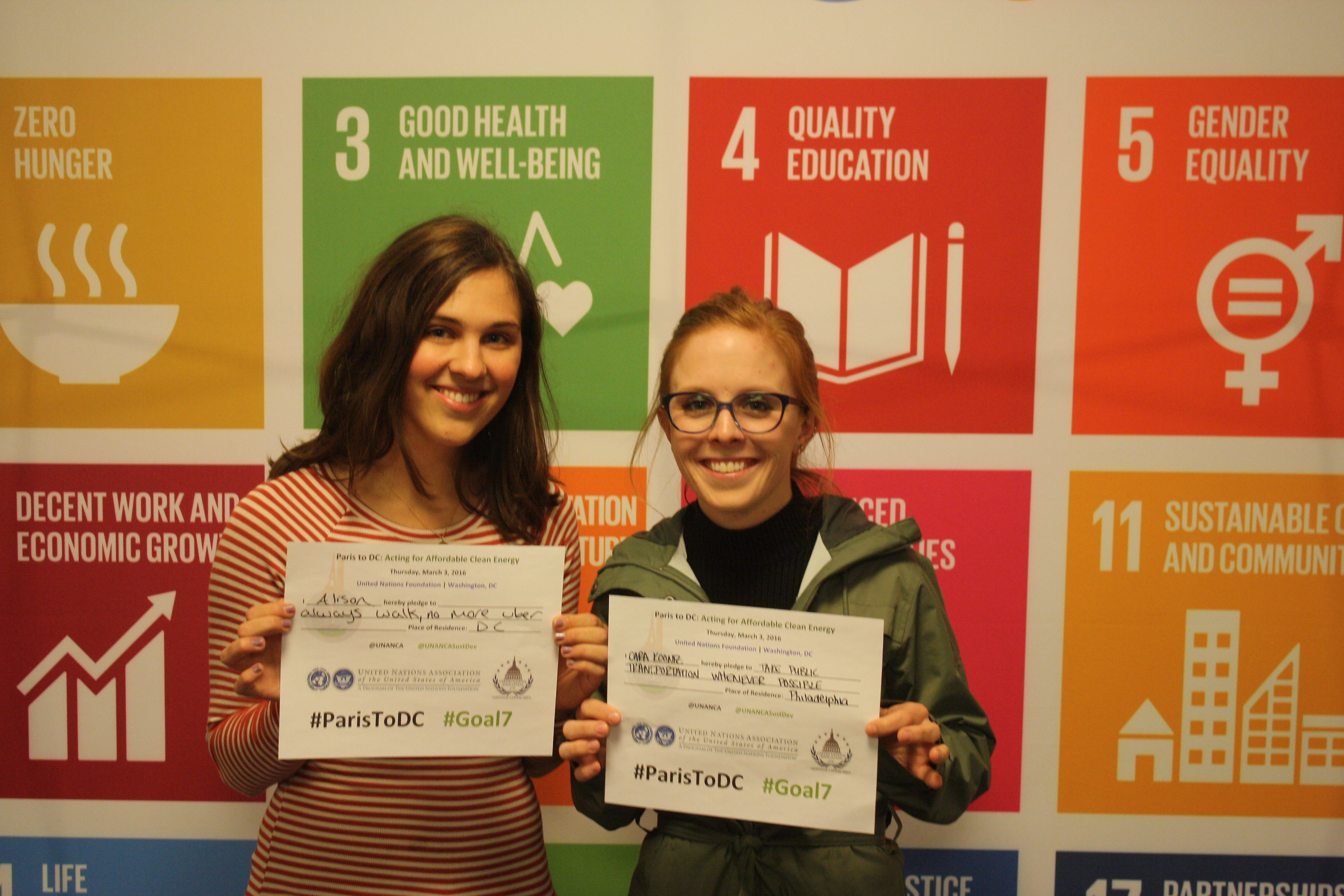 UNA-NCA is grateful to the speakers for offering their time and expertise, the United Nations Foundation for providing the venue, UNA-USA for its logistical support, Leaders in Energy for co-hosting, and the UNA-NCA Sustainable Development Committee for organizing the event.

Have I got the Bonn blues? Time to look forwards to COP25 in Chile